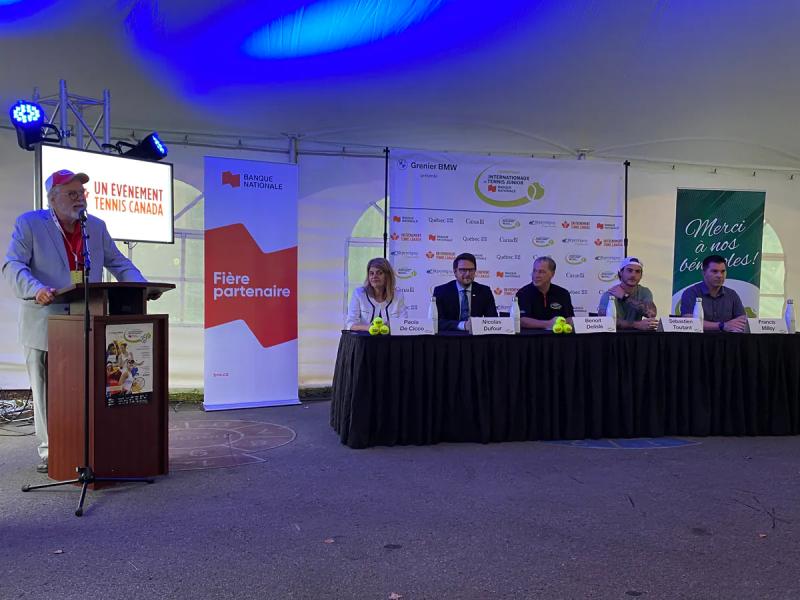 For the first time in three years, the best tennis hopefuls in the world will be in Repentigny next week to try to win the National Bank Open Junior Tennis Championships.< /p>

It was in the rain that the organizers launched the festivities, at Larochelle Park, where the games will be played starting Sunday.

This tournament, classified J1, is one of the main junior tournaments on the ITF circuit. Thus, several players ranked among the 100 best in the world, both girls and boys, will be present, after two years of restrictive health measures.

Jaden Weekes, seeded fifth and 21st in the world among juniors, will be the top Canadian. He will be back after winning a featherless edition in 2021 in which – the COVID-19 pandemic obliges – only Canadian and American players were in action. His compatriot Duncan Chan (130th) will also be there.

There are, so far, more representatives of the maple leaf among the girls, with six of them who will be among the 32 favorites: Annabelle Xu (20th), Kayla Cross (26th), Mia Kupres (47th), Ellie Daniels (96th), Naomi Xu (126th) and Alexia Jacobs (141st). Cross will arrive in Repentigny after playing his very first main draw match in the WTA at the Granby tournament this week.

The talents of tomorrow

In the opinion of the president of the event, Benoit Delisle, we must also avoid giving too much importance to the junior ranking. Indeed, some players, at the gates of the professional circuit, have only played a few matches among juniors over the past 12 months and therefore fall in the rankings.

“[Being well ranked] is not always a guarantee that a player will win the tournament, explained Mr. Delisle. It's not like in the pros, when the top 10 is hard to beat; with us, the 25th, sometimes, is as good as the seventh.»

For Delisle, the attraction of this tournament, which is accessible to the public free of charge, is above all based on the opportunity to observe the stars of tomorrow. Indeed, several players, starting with the Russian Daniil Medvedev and the Polish Iga Swiatek, the world's number one rackets for men and women, have played in Repentigny.

“The goal of our tournament is is a bit to have the chance to see the stars before they turn professional. We discover the players as we go along. We are lucky to have the best in the world. It is certain that we will see players who will be among the professionals in three years”, rejoiced Mr. Delisle.