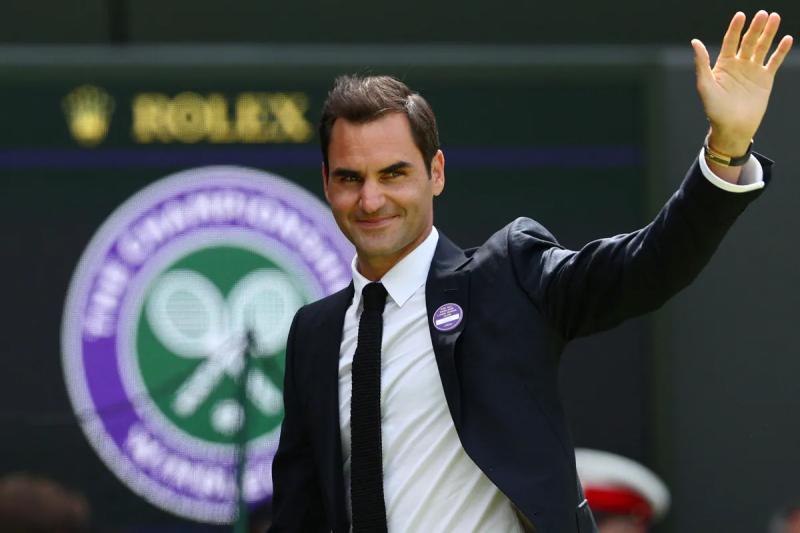 Twenty Grand Slam titles and an indelible mark on the history of tennis: at 41, and after more than a year without playing, Swiss legend Roger Federer announced his retirement on Thursday, at the end of the Laver Cup, competition scheduled for September 23-25.

Less than two weeks after Serena Williams, another monument of the game bows out, just as a new generation is advancing, embodied by the Spaniard Carlos Alcaraz, crowned at the US Open and world No.1 at only 19 years old. .

But if the 40-year-old American said her -great- farewells in front of her audience, those of Switzerland fell by surprise, and more discreetly, via a video message and a long text addressed to her (many) admirers.

To my tennis family and beyond,

“The Laver Cup next week in London will be my last ATP event,” the former world No.1 posted on social media. underwent a third right knee operation in a year and a half in the summer of 2021 and has since been battling to come back.

“I will still play tennis in the future, of course, but it will no longer be at Grand Slam tournaments or on the circuit”, added Federer, winner of 103 trophies in his career, but who has only played six matches in 2020 and thirteen in 2021.

“Thank you for the joy”

The Basel player has not played in competition again since his elimination in the quarter Wimbledon 2021 final, and for several months had been letting his doubts about his chances of returning to the courts filter through.

It was the London tournament, the scene of eight successes and his most sumptuous battles, which paid him the first emotional tribute: “Roger , where to start?”, the organizers wrote on Twitter. “All we can say is thank you, for the memories and the joy you have given to so many” people.

More soberly, Roland-Garros tweeted “tennis legend”, accompanied by a photo of the player on Parisian clay, while the US Open launched a “Thank you Roger” followed by a heart-shaped emoji on the social network, while Carlos Alcaraz simply accompanied “Roger…” with a broken heart.

We will have many more moments to share together in the future, there are still lots of things to do together, we know that.
For now, I truly wish you all the happiness with your wife, Mirka, your kids, your family and enjoy what's ahead of you. I'll see you in London @LaverCup

In addition to the Laver Cup, which will therefore be his last appearance on the circuit, the Basel was announced -since April- in his city native from October 24 to 20, and still hoped to push until 2023 in mid-June, with the Swiss daily Tagesanzeiger.

But if he “worked hard” to rebuild himself physically, his body sent him “a clear message”, he explains: “I am 41 years old. I have played more than 1500 matches in 24 years. Tennis has treated me more generously than I ever dreamed of, and I have to recognize when it's time to quit.”

.@rogerfederer thank you for doing more for tennis than any single individual. Thanks to you competitors and fans across the world get to experience and enjoy it all over the world. Congratulations on your achievements and the people you continue to impact in and away from tennis

“It’s a bittersweet decision because I will miss everything the tour has given me. But, at the same time, there are so many things to celebrate”, underlined the former record holder of Grand Slam titles, since overtaken by Rafael Nadal (22) then Novak Djokovic (21), his two friends of the “Big three

Roger Federer, adored for his elegance racket in hand much more than for now outdated numbers, considers himself “one of the luckiest people on Earth” in his message first posted on Instagram.

“I was gifted with a gift for playing tennis and raised it to a level I never could have imagined and for far longer than I thought possible,” he explained. .

The numbers of Roger Federer

Since his professional debut in July 1998 in Gstaad, Roger Federer has accumulated an impressive track record and still holds, on the day of his retirement, a number of records.

Twice, Federer saved 7 match points before winning the game. The last time, in the quarter-finals of the Australian Open 2020 against the American Tennys Sandgren.

Federer won 8 times at Wimbledon, a record in the London major. Djokovic has won the Australian Open 9 times, and Nadal holds the record for victories in the same tournament, with 14 titles at Roland-Garros.

Federer has won 8 doubles titles, including the Olympic gold medal in 2008 in Beijing, associated with Stan Wawrinka.

The number of Masters 1000 won between Indian Wells-2004 and Miami-2019. The only two tournaments in this category (just below the Grand Slam tournaments) that he has never won are Monte Carlo and Rome.

Federer became the world's oldest No.1 when he returned to the throne in February 2018, at 36 years and 6 months. He had reached the top of the world hierarchy for the first time on February 2, 2004 at the age of 22 years and 5 months.

Federer has played 81 tournaments in Grand Slam in singles, a men's record jointly held with the Spaniard Feliciano Lopez. From Australia-2000 to Australia-2016, Federer participated in 65 consecutive Majors. The record is held by Feliciano Lopez (79). The Swiss missed Roland-Garros in 2016 through injury.

The number of his singles titles. The first in Milan in 2001 and the last in Basel in 2019. Only the American Jimmy Connors did better (109). 310: Federer spent 310 weeks at the top of the world rankings, including 237 consecutive weeks between February 2004 and August 2008. Djokovic broke Federer's record with 373 weeks in a row at the top of the world.

Federer has won a record 369 Grand Slam singles matches. He is also the only player to date to have won at least 100 matches in two Majors: 102 in Australia and 105 at Wimbledon.

The number of games won in total in his professional career. The men's record is held by Connors (1274) and the all-time record of 1442 wins was set by Martina Navratilova.

Federer drew the most spectators for a tennis match: 51,954 admirers attended his exhibition against Rafael Nadal on February 7, 2020 in Cape Town (South Africa).

Federer was the highest paid athlete in the world for the year between June 1, 2019 and June 1, 2020, with a total of 106.3 million dollars (95.5 M EUR), according to Forbes magazine. Advertising contracts and private partnerships ensured him 100 million of the total.

Federer's tournament winnings (in dollars) double included according to the site of the ATP.

Retirement age (he started on the ATP circuit in July 1998, a month before turning 17)