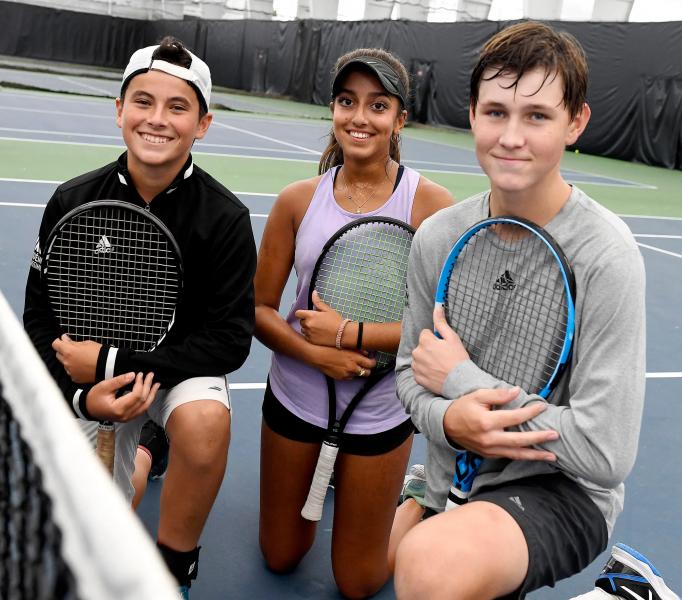 Beginning Monday, the Multi-Sports Advantage Club will host a second ITF J3 tournament in the past six months.

Organized by the Aliassime Academy and reserved for players aged 18 and under, a first tournament was presented last April. Qualifying will take place at the weekend, with the 32-man boys' and girls' main draw kicking off on Monday.

Director of Tournament Operations Dorotejà Eric believes that ITF tournaments are a vital milestone in the development of young Canadians. “It's important for the development of young people,” she explained. At the club, we have all the tools to train young people well, but it is formative that they can face foreign players in the context of a tournament. By hosting tournaments, we can take advantage of passes for our players.”

Eric considers this to be a medium to long term investment. “The ten or 12 year olds will have the opportunity to see the older ones and it will be a motivation and a dream to participate in this kind of tournaments in the future, indicated the leader of of Serbian origin who settled in Quebec five years ago in excellent French and who did not say a word in the language of Molière when he arrived. It will be natural for the youngest because they will have already experienced it as an amateur. There will be spinoffs. ”

Canadian junior champion in 1984 and presenter of the event through his company Cote 100, an independent private equity fund, Philippe Le Blanc agrees.

“It's important for Quebecers to rub shoulders with foreign players,” said the businessman. This type of event is invaluable. Tournaments are very expensive. Hosting events in Quebec saves parents a lot of money.”

Philippe Le Blanc is the brother of Sébastien who won two Grand Slam doubles in the junior ranks with Sébastien Lareau in 1990 in addition to representing Canada at the 1992 Olympic Games in Barcelona. The two brothers have three children who play tennis in the NCAA.

Joliane Côté and Volodymyr Gurenko, a young Ukrainian established in Manitoba since the outbreak of the war and who discovered Quebec in April during the first tournament, are qualified for the main draw. Gurenko now lives in Quebec and Sam Aliassime has taken him under his wing.

For his part, Adam Patry will have to go through the qualifying table which begins on Saturday. He had lost his first match in the previous tournament. “I'm aiming to qualify for the main draw this time around,” said the 14-year-old racket, who has been playing tennis since the age of six. I improved my footwork and my anticipation.

Patry really enjoyed his first experience. “It was the first time I played in front of so many people. I will be less stressed this time. It's a good experience to face players better than you.