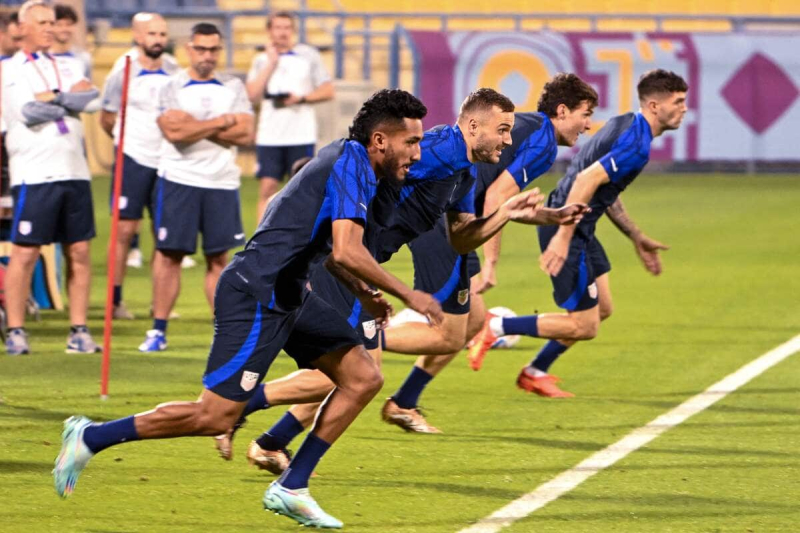 With less than 24 hours to go before an important duel between Iran and the United States, which will allow one of the teams to advance to the next round of the World Cup, political tensions between the two countries went up a notch on Monday.

In a post made on the social networks of several American organizations, including those of the national team and the United States Soccer Federation, and since removed, the managers of these accounts published the flag of Iran without its Islamic emblem, which is located in the center of it.

This gesture was first made with a view to demonstrating the support of these organizations for the women who are currently campaigning in Iran for the of human rights, following the murder of Mahsa Amini, then aged 22, who was detained by the country's moral authorities.

“We had no idea what the United States Soccer Federation was publishing, neither the staff nor the players had any idea what was going on,” Americans manager Gregg Berhalter said first. , bombarded with questions on the subject, his remarks were picked up by the ESPN network.

“Our focus is entirely on the next game. I don't want to sound distant or act like I don't care, but the guys have worked hard for the last four years, we've only had 72 hours between the game against England and the game against Iran, and we're just focused on how to beat Iran and get to the knockout round of this tournament. Obviously, our thoughts are with the Iranian people, but our attention is on this match.

Iran, however, did not digest this affront and even filed a complaint with FIFA so that there are consequences against Team USA.

In addition to Klinsmann's comments

This incident adds fuel to the fire, a few days after the comments of the former manager of the American team, Jurgen Klinsmann, at the subject of the Iranian team.

After the latter's victory against Wales, Klinsmann criticized the way the Iranians and their coach Carlos Queiroz played, citing that it was part of their “culture” to always beg calls to the referee, in more to constantly be in the ears of their opponents.

Klinsmann had also criticized Queiroz for having been unable to qualify with Colombia, before failing with Egypt, to finally return with the Iran.

The manager of the Iranian selection, however, assured that all these distractions will not bother his team in the least for their decisive match against the United States.

An incident on the pitch

In addition, the match between Portugal and Uruguay on Monday was interrupted for a few seconds when a supporter invaded the pitch in order to carry several messages for certain social causes.

The man in question was carrying a flag a ow colors of the rainbow, for the LGBTQ+ community. He was also wearing a sweater that read “save Ukraine” on the front and “respect for Iranian women” on the back.

The protester was quickly intercepted by authorities.