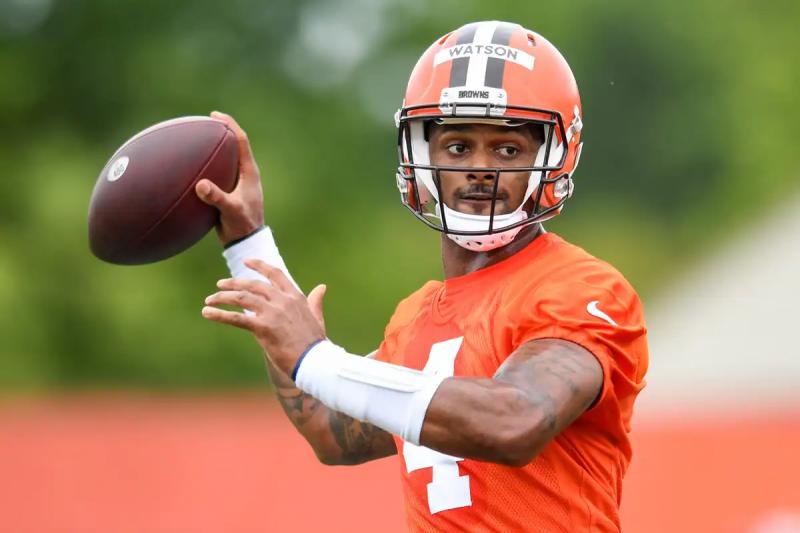 Even though they traded quarterback Deshaun Watson to the Cleveland Browns in March, the Houston Texans were still indirectly tied to the center as they faced lawsuits from 30 women in sexual misconduct case against Watson. However, this is a thing of the past since the Texas organization has reached amicable agreements with the 30 complainants.

Victims' attorney Anthony Buzbee said the case was closed in a statement found by the Washington Post on Friday. However, he did not specify the details of each agreement, preferring to keep everything confidential.

All these women criticized the NFL club for having ignored the behavior of the player behind the center, and this, even though he was aware of what was going on.

“I will not comment on the allegations or the alleged role of the Texans in this matter, other than that there is a huge contrast between how the Texans have handled this situation and how the whole thing has been handled by Watson's legal team,” Buzbee said.

Even though they preferred to settle the matter out of court, the Texans continued to plead their innocence in the case, stipulating that they ignored the Watson gestures.

“Although our organization had no knowledge of the sexual misconduct alleged against Deshaun Watson, we intentionally chose to settle the matter amicably, can we read in the press release from the Texans. This is not a way of admitting in any way that we are in the wrong, but rather a stand to denounce all forms of sexual misconduct.

“We hope that this resolution will help to turn the page for those involved, our supporters and the community of Houston. As an organization, we now turn our attention to the future and will do everything we can to ensure respect among all.”

While the Texans may have moved on, Watson is always at the heart of the scandal. Although he settled 20 cases out of court earlier this year, four remain unresolved. In addition to awaiting the outcome of these cases, Watson is awaiting a response from a disciplinary officer jointly hired by the NFL and its Players Association, who should issue a suspension to the quarterback after a hearing that will have lasted three days.