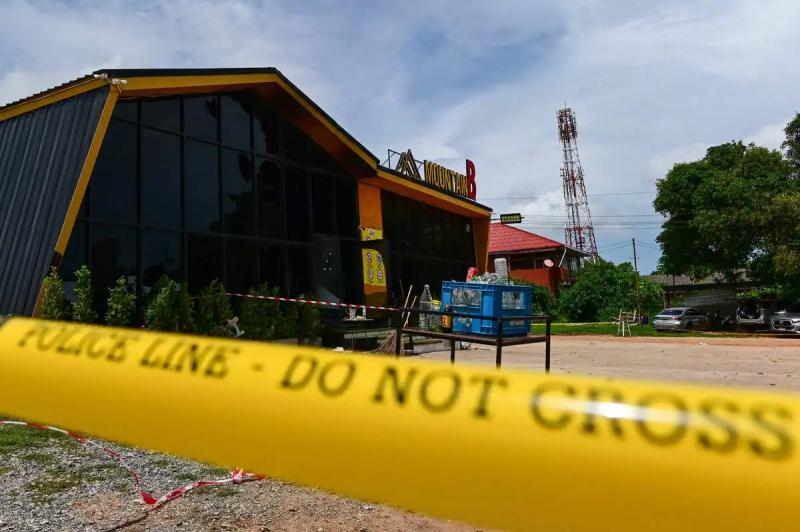 BANGKOK | At least 14 people died in Thailand in the fire of a nightclub near the tourist city of Pattaya (east), on the night of Thursday to Friday, one of the deadliest disasters since 2009 which questions respect safety rules.

A new report from the local emergency services reported in the afternoon a 14th death, after the 13 announced earlier – four women and ten men. They were between 17 and 49 years old, all Thai.

About 40 injured were also recorded, including more than a dozen seriously affected.

The fire broke out around 1 a.m. local time (6 p.m. GMT), at Mountain B, in the Sattahip district, not far from the seaside resort of Pattaya, about 180 kilometers from the capital Bangkok.

The presence on the walls of acoustic foam, supposed to isolate the building from outside noise, favored the spread of the fire and complicated the task of the firefighters, the rescuers said in a press release.

A video that they shared shows the building in flames, from which several people try to escape, clothes on fire, in the middle of thick black smoke.

Other images released by Thai media show the interior charred from the nightclub, where tables and chairs lie on the ground.

Several hours after the fire, the one-story building was inspected by engineers, fearing that the roof would collapse.< /p>

“I felt like there was a short circuit behind the DJ, and within a minute there's had a power cut,” said Chalit Chotisupakarn, who managed to escape.

“I ran towards the entrance. I couldn't see anything, everything was dark. Everyone was shouting “Get out, get out”. I only insisted and insisted. People had caught fire,” he explained, his arm in a sling.

One of the deceased victims is the singer of a band that was playing a concert that evening.

A musician friend of his son, who survived, “told me that the fire started near where he sang. It happened so fast because of the foam,” his mother, Premjai Sae-Oung, told the media.

He pleaded for a tightening of safety standards, highlighting the negative image for the country's tourist attractiveness sent abroad by the fire.

Minister of Home Affairs Anupong Paochinda told reporters that Mountain B was operating as an “unlicensed” entertainment venue.

The owner had not received the agreement of the authorities for his establishment, registered as a restaurant, to be a nightclub, said Sompong Chingduang, deputy commissioner of the Royal Thai Police.

The basic rules Security issues are frequently ignored in Thailand, a popular destination for Western and Asian visitors, which recently eased entry requirements to revive tourism, stalled during the coronavirus pandemic.

On New Year's Eve January 1, 2009, a fire in a nightclub in Bangkok, the Santika, killed 67 people, including three Singaporeans, a Japanese and a Burmese. Many Western tourists had been injured.

The fire had started because of fireworks set off when the rock group “Burn” was performing. The owner of the establishment had been sentenced for negligence to three years in prison, as well as the owner of the company which had installed the lights.

In 2012, four people had died in the fire of a nightclub in the tourist town of Phukhet (south), caused by an electrical problem.