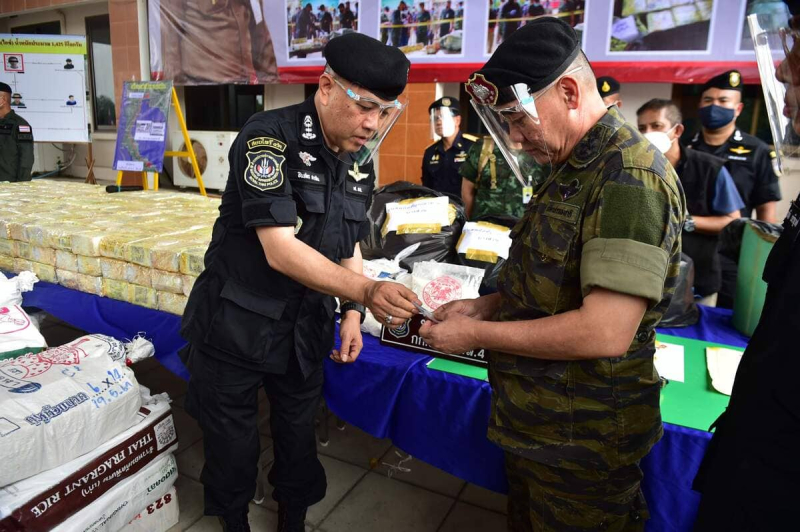 The Royal Thai Army has killed 15 people suspected of smuggling methamphetamine into the kingdom's north, a traffic that continues to grow in the region, its representatives said Thursday.

The incident happened near the “Golden Triangle”, a border area with Laos and Burma, reputed to be the central point of drug production in Asia southeast for decades.

Soldiers patrolling northern Chiang Mai province encountered about 20 people walking towards the interior of Thailand, as if they were coming from neighboring Burma, described a representative of the Pha Muang special detachment which monitors several border areas.

Members of the group opened fire when the army asked them to stop. The soldiers responded with their weapons, killing 15 people.

Thirty bags containing drugs were found at the scene.

“We carried out an initial check and found that it was methamphetamine,” said a local army official.

More than one billion methamphetamine pills, or 172 tons, were seized in 2021 in East Asia. East and Southeast, a record, according to preliminary data from the United Nations Office on Drugs and Crime (UNODC).

Drug production has exploded in Burma, particularly since the February 2021 military coup that plunged the country into chaos.