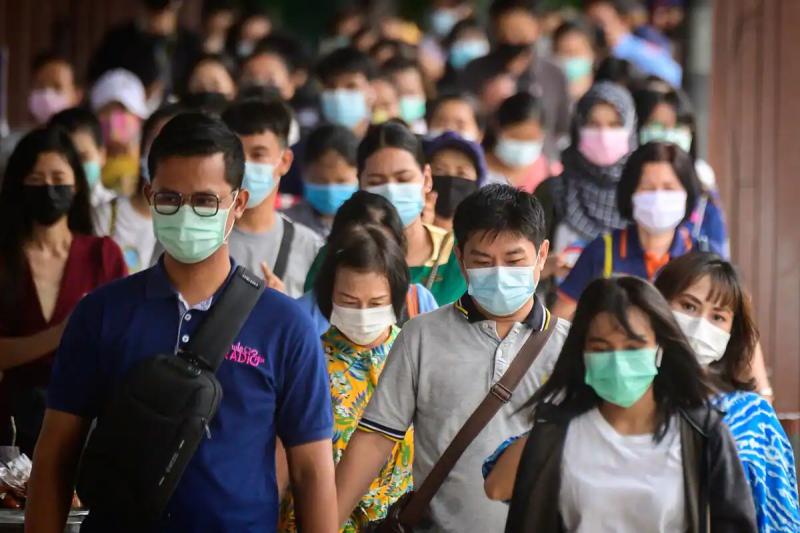 Wearing a mask is no longer mandatory from Friday in Thailand where COVID-19 infections continue to decline as authorities seek to revive the country's vital tourism sector.

Imposed since mid-2021, wearing a mask will now be “on a voluntary basis”, Prime Minister Prayut Chan-O-Cha said in the Royal Gazette, the Thai Official Gazette.

Authorities recommend continuing to put one in crowded or poorly ventilated areas.

The private operator that runs Bangkok's metro said it remains mandatory on the network.

This decision is on the whole well accepted by the population.

“I think it is a good step. There are fewer people infected and the mortality rate is quite low,” Nataporn Boonthawatchai, a 38-year-old teacher, told AFP.

The population will finally “be able to resume a normal life”, adds Supanya Pajaree, a thirty-year-old who also lives in Bangkok.

The “Thai pass”, health and travel documents required for foreign visitors wishing to to travel to the country will end on July 1.

Travelers will still have to show their vaccination certificate or take a COVID test on arrival.

The tourism sector, critical to Thailand's economy and ravaged during the kingdom's months of lockdown, is slowly restarting.

Some 1.6 million foreign tourist arrivals were recorded in the first six month of 2022.

In 2019, Thailand welcomed nearly 40 million visitors, including 11 million Chinese, a record. This market is still almost at zero, due to restrictions on leaving China.

Some 2,500 cases and less than 50 deaths are recorded daily in the kingdom.

More than three quarters of the population received two doses of vaccine, more than 40% having received a third booster.