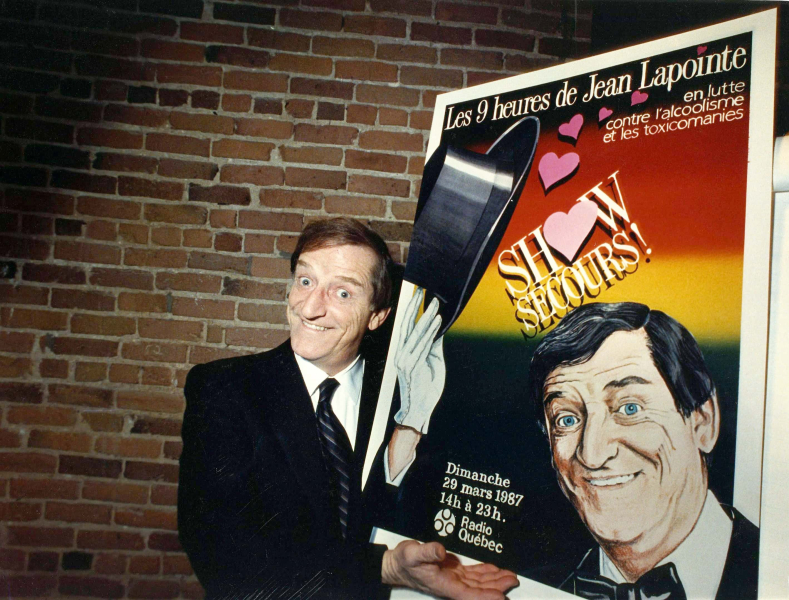 If Quebec society has taken a giant leap forward in the way it views alcoholics and drug addicts in recent decades, Jean Lapointe has a lot to do with it, say addictions organizations.

“It bequeaths that we are able to ask for help. Dad asked for help and dad helped ”, sums up his son Jean-Marie Lapointe.

His father, who founded the Maison Jean Lapointe and the Foundation which bears the same name, is seen as a pillar in the Quebec addictions community.

Because before building these organizations, Jean Lapointe himself battled alcohol addiction in the 1970s, a problem he used positively to fight prejudice and help people like him.

” The social acceptability of alcohol meant that it was rare [at that time] for anyone to admit that they had a stake,” explains Geneviève Désautels, Executive Director of Éduc' alcohol. It was almost normal to accept behaviors that were related to overconsumption. »

« An alcoholic was a lazy person, a drunkard, a good-for-nothing, a manipulator  adds Jean-Marie Lapointe.

Alcoholism is changing its face

After using his notoriety to talk about his problem in the media, Jean Lapointe launched a telethon that will not only raise significant sums for addiction resources, but also to de-stigmatize the problem.

“ The number of testimonies that there could be […], that’s what came to change the face of alcoholism, underlines his daughter Anne Elizabeth Lapointe. We saw that no one was safe,” adds the one who is now director of the Maison Jean Lapointe.

For the Association of Addiction Workers of Quebec (AIDQ), Jean Lapointe's legacy is also linked to the promotion of resources to seek help.

“He made the population aware of the importance of these environments, of the 'access to these and to the public funding granted to them,' acknowledges the director general Sandhia Vadlamudy, who nevertheless underlines that there is still a long way to go to meet ” all the needs ” dependent people.

Geneviève Désautels would also like to salute the fact that Jean Lapointe stayed “all these years ” associated with this cause.