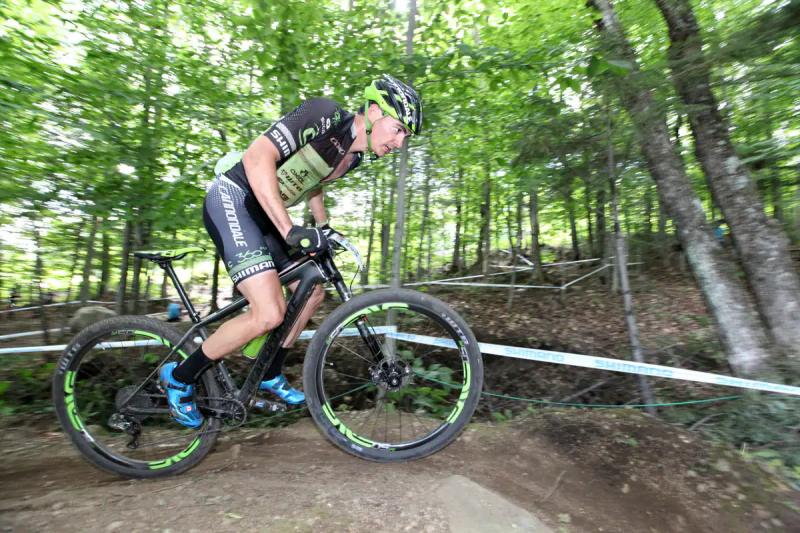 After two years of absence, the world's mountain bike elite will meet from August 5 to 7 for the 30th edition of the Vélirium, at Mont-Sainte-Anne, which will be the host of UCI Mercedes-Benz World Cup competitions.

400 professional athletes are expected for the competitions which will begin on Friday afternoon. Nearly 350 emerging athletes aged two to 12 will also be there.

The event's executive producer at Gestev, Marianne Pelchat, who has been involved since 2004 with the organization, is particularly looking forward to the return of competitions.

“In 2019, it was a World Championship, but this year it is the return of a World Cup event, she explained. The Mont-Sainte-Anne stage is legendary. It's a classic that is one of the athletes' favourites.”

“The atmosphere is crazy”

Thursday, during the conference release, many Quebec participants were feverish.

“My goal is to have my legs finished at the finish and to have earaches because of the encouragement from the spectators,” said Léandre Bouchard with a smile. I come after a 30th place finish in Snowshoe [in West Virginia] in the United States and I don't think I'm a favorite for victory. If I can beat that result, that would be great […] It's special here because the intensity is quadrupled. Incentives are personalized. We appropriate the encouragement in French. It was something I missed.”

“In the section of the rise of the marmot, it will stir, he added. It's really physical. Spectators can be less than a meter from us. The atmosphere is crazy.”

Without putting too much pressure on the results, Léandre Bouchard wants to make sure he progresses to qualify for the Paris Olympics in 2024.

For her part, Roxanne Vermette, who grew up near Mont-Sainte-Anne, is excited at the idea of ​​living this experience at home.< /p>

“This is the second time I'm going to compete at Mont-Sainte-Anne,” said the 21-year-old athlete. I live a few meters from the trails. It's really special to experience this with all my family and friends who will be present […]. It is a large gathering of mountain bike enthusiasts. Everyone is enjoying the event and everyone is looking forward to it.”