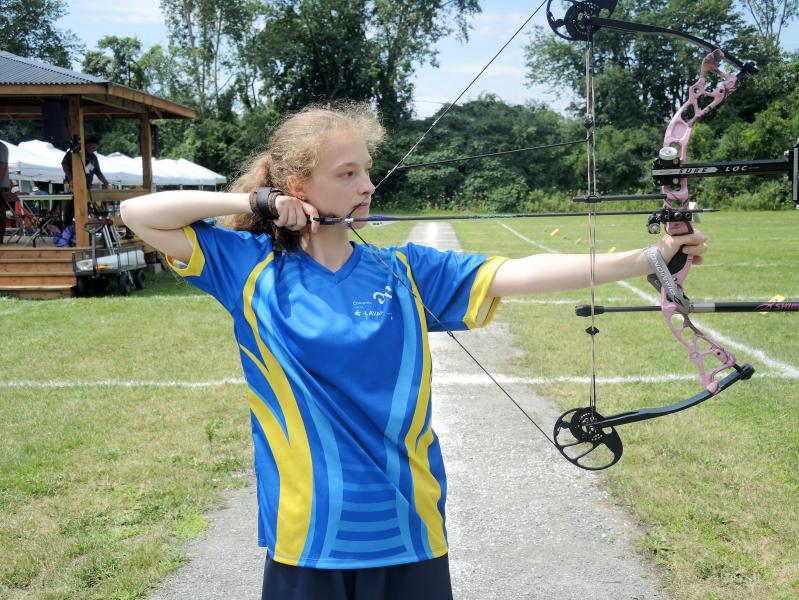 The sports disciplines presented at the 55th Final of the Quebec-Laval Games allowed us to discover talented Quebec athletes aged 12 to 17. Precision in archery, aggressiveness in mountain biking and endurance in triathlon made me appreciate these disciplines even more.

After several years of absence, the Laurentians women's softball team made an excellent return to the Quebec Games.

The dynamic, Danielle St-Georges, softball site manager, is surrounded by Chloé Ricci and Emma Montaruli, from the Laval delegation.

In archery, Chloé Lévesque had been waiting to participate in the Quebec Games since 2018.

After reaching the green in two strokes on a par five, Émile Cauchon, from Granby, and Charles Authier, from Bromont, analyzed their putt they had to make.

William Bellavance, from L'Isle -Verte, and Mathys Dubé, of Rimouski, won the bronze medal in the two-ball event, best ball.

Louanne Aubin, of Sept-Îles, and Mercedes St-Onge, of Mani- utenam, who won gold in the two-ball, best-ball event, are joined by Ève Durette, from Matane, and Rosalie Arseneault, from Bonaventure.