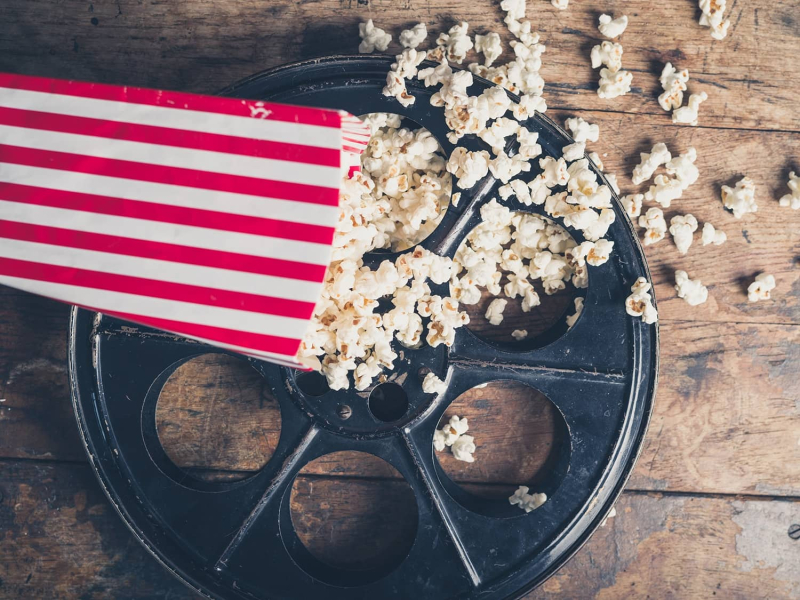 For many, the holiday season rhymes with home theater. Here are eight new Christmas movies to watch on online viewing platforms.

Spirited: The Spirit of Christmas
Available on Apple TV+

Will Ferrell and Ryan Reynolds co-star in this Sean Anders musical (Le retour de papa) which is very loosely inspired by Dickens' tale. We follow the ghost of Christmas (Will Ferrell) who must come down to Earth every year to try to save a dark soul as the holidays approach. But this time he will come across the wrong Scrooge…

Revealed in the popular series This Is Us, actor Justin Hartley stars in this sentimental drama from Charles Shyer (Father of the Bride) which relates the improbable encounter between a successful novelist and a young woman in search of her natural mother.

Your Christmas or mine?
Available on Amazon Prime Video

Imagine if you were going to celebrate Christmas alone with your spouse's family… It's what happens to the two main characters in this British comedy starring Cora Kirk (Prey for the Devil)and Asa Butterfield (Sex Education). We follow two young lovers who, when they are preparing to join their respective families for the holidays, decide to surprise each other by changing trains.

< p>A story from Christmas to Christmas
Available on Crave

Do you remember little Ralphie who dreamed of receiving a double action rifle? of Red Ryder in the movie A Christmas Story?This sequel to the 1983 comedy brings back to the screen the character of Ralphie, who has become a father himself and who returns to the house where he grew up, 30 years later.

Harmony at Christmas
Available on Crave

In this romantic comedy directed by Shaun Paul Piccinino, actress Annelise Cepero plays a young singer who sets off on the road to give a show that will determine her career. Unfortunately, an incident will force her to stop in the small town of Harmony Springs, Oklahoma. Not having enough money to repair her van, she agrees to take under her wing a small group of children who are preparing a Christmas show. The film also stars Brooke Shields.

Something from Tiffany's
Available on Amazon Prime Video

Adapted from a novel of the same title by Melissa Hill, this romantic comedy by Daryl Wein depicts two couples who do not know each other, but whose destinies intersect through a series of chances and coincidences during a trip to New York. for the parties. Starring Zoey Deutch, Kendrick Sampson, Shay Mitchell and Ray Nicholson.

A Christmas Together
Available on Netflix

Becoming more rare in the cinema in recent years, actor Freddie Prinze Jr stars in this romantic comedy directed by Gabriela Tagliavini (To hell with men). We follow a pop star in search of inspiration who travels to his native village for the holidays and who, against all odds, will find love there.

There is nothing like the good old Christmas classics to immerse yourself in the holiday spirit. Here are five that we never tire of seeing year after year.

Mom, I missed the plane

More than 30 years after its release, this comedy adventure from Chris Columbus remains, to this day, one of the most entertaining films to watch with the family this holiday season. < /p>

In the category of comforting films for the holiday season, hard to do better than this adorable British comedy-drama, which tells the love stories of a dozen characters at the approach of Christmas.

►Available on illico, Crave and iTunes

The tree has balls

We may have seen this comedy from 1989 dozens of times, we never tire of following the tireless Clark Griswold (Chevy Chase), this endearing and clumsy father ready to do anything to organize a perfect Christmas Eve.&nbsp ;

►Available on Crave and iTunes

The always tasty Bill Murray slips into the shoes of a cynical and selfish television boss in this comedy by Richard Donner (The Goonies) which is very loosely inspired by the < em>Christmas Carol by Dickens.

►Available on iTunes and illico

Two young women (Cameron Diaz and Kate Winslet) who keep being let down by men decide to swap apartments to change their lives over the holiday season. Of course, that's when they will finally find love.

►Available on iTunes and illico