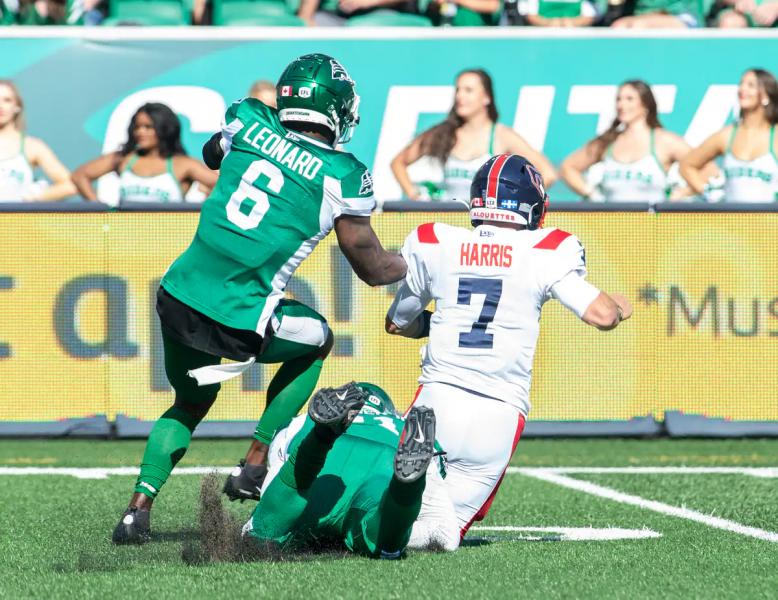 The Montreal Alouettes had a disastrous second half and lost 41 to 20 against the Saskatchewan Roughriders on Saturday at Mosaic Stadium.

Drawing back 13 to 11 after two quarters, Team Saskatchewan kicked into gear as “Als” head coach Khari Jones seemed to have lost control of his ship.

After respecting the game plan in the first part of the duel, the Sparrows fell into the trap of their hosts and multiplied the acts of indiscipline. The result: a third quarter completely dominated by the crowd favorites, who shut out their rivals 21-0.

Defensive lineman Michael Wakefield was notably kicked out of the game after picking up two penalties of unsportsmanlike driving in moments.

Jamal Morrow first completed a 12-yard run into the end zone, before Cody Fajardo followed suit minutes later with a quarterback sneak – his second on land.

< p> The latter excelled in the second half. He also had a short snap to Canadian receiver Kian Schaffer-Baker, who went for 44 yards before extending the lead to 18.

Fajardo finished the game with 224 yards and two touchdowns by the way. Remember that the Montreal defense had inflicted eight quarterback sacks on him during the Roughriders' visit to Percival-Molson Stadium.

Alouettes quarterback Trevor Harris has had better outings. He had no touchdown passes and was the victim of two thefts, including one leading to a touchdown by Nick Marshall late in the game.

Returner Chandler Worthy continued to prove he's more than just a reserve while awaiting the return of Mario Alford. He took advantage of an excellent block from Quebecers Philippe Gagnon, Régis Cibasu and Christophe Normand to cover 84 yards and register the first major of the game.

Worthy became the second player in history of the Canadian Football League to score a touchdown on a punt return in two consecutive games.

Running back Walter Fletcher was responsible for the Als' other touchdown, a run from three yards in the fourth quarter.

The Alouettes will be entitled to 12 days off before hosting the Edmonton Elks in Montreal.