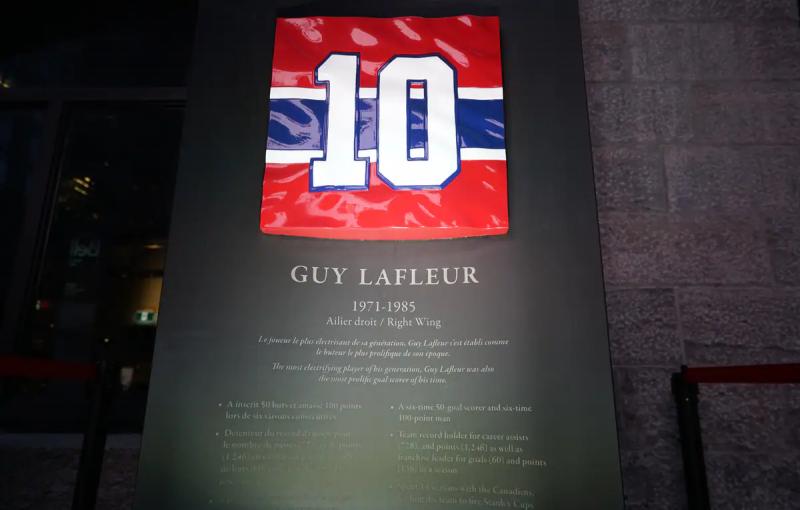 The Montreal Alouettes will pay tribute to former Montreal Canadiens legend Guy Lafleur before their game against the Edmonton Elks on Thursday at Percival-Molson Stadium.

The son of the Quebecer, Martin Lafleur, will then be presented to the crowd and the organization will take the opportunity to unveil a banner bearing the image of the former number 10 of the CH. In addition, this banner will be behind the Alouettes' bench for the entire 2022 campaign.

“It will be a special day to pay tribute to Guy Lafleur, who was one of the greatest athletes in the Quebec,” said Mario Cecchini, president of the Alouettes, in a press release on Monday.

The legendary hockey player died last April, at the age of 70, from lung cancer. The Alouettes had originally planned to hold this ceremony on June 23, but the Lafleur family's unavailability meant that it will take place on Thursday.

The champion team of 2002 also honored

The Sparrows will also take advantage of the game against the Elks to pay tribute to the 2002 edition, which won the Gray Cup by defeating Edmonton in the final. Thus, several of the former glories of the team, including Ben Cahoon, Ozooma Okeke and Scott Flory, will be presented to the crowd during half-time.

“We are also happy to highlight the work of our legends, added Cecchini. These alumni have shown the way for many of our players and for us as an organization. It is important to highlight the success of this 2002 champion team.”

Athletes from the 2002 edition will also be available for 90 minutes before the game to meet fans, take photos and sign autographs .