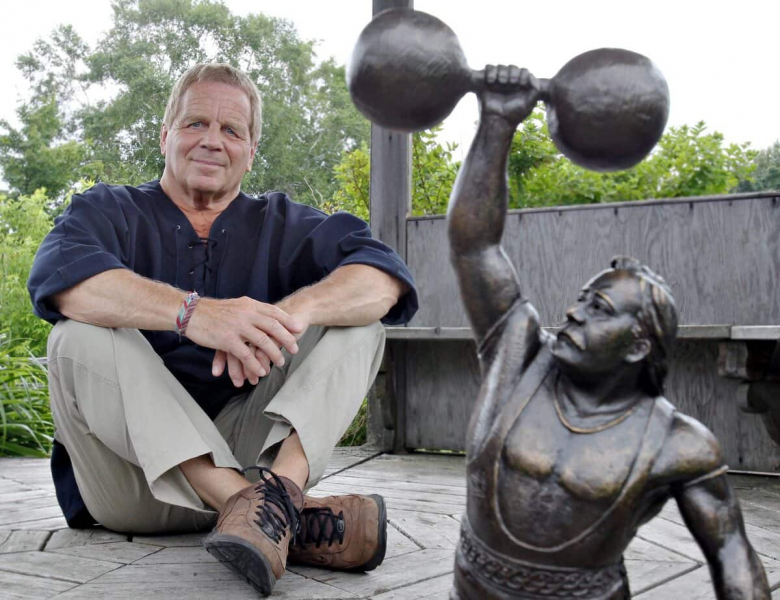 Celebrating his 48th year of literary life this year, Paul Ohl, novelist and author, among other things, of the biography of Quebec strongman Louis Cyr, which has been adapted for the cinema, signs this year an imposing documentary on the history of strong men, Fortissimus: The Planet of the Supermen. In more than 600 pages, he dissects the myths, mysteries, prowess and dramas of these muscular and powerful men who have marked history, the collective imagination and current events.

The story, which has about forty chapters, retraces the history of strong men, from Antiquity to the present day. It brings to life the epic of Samson and Heracles, of Olympia, of the athlete Milo of Croton and his stone-lifting trials, up to the modern trials of arm wrestling competitions, bodybuilding and weightlifting.

Paul Ohl spares no detail to tell the legends, the life of mythical or popular heroes, over the centuries, thus testifying to the long and meticulous research work carried out to write this essay, written during the pandemic.

” This is my 48th year of literary life, through a very adventurous life, on top of that,” he says.

“ I had several lives, you know… I had a military life, a life as a public administrator, and I had an equally intellectual life which was started by Hubert Aquin. But in all that, I lived a little underground ”, he adds, referring to the whole of what concerns the force.

“ It's an environment that we see a lot, especially since there are specialized channels, like ESPN, and at home, RDS, and W5 in England. But all in all, it's a medium that is still a bit underground. When people talk about it, they often talk about it on the tip of their tongue, if you know what I mean. ”

Paul Ohl specifies that he has known this environment for almost 60 years.

“It's been a while! I saw the birth of equipment. I saw at the time things that were made in a traditional way to be able to serve this or that exercise. I was around long before growth hormones, testosterone and synthetic anabolics arrived. But this environment, at first, was reserved for a few people.

Total surprise gave him the idea to take a literary interest in the subject. In Iceland, in 1987, he was on tour to explore this country, as part of his research for the writing of his historical novel Drakkar, a novel about the Vikings. A sports journalist friend had invited him and to his surprise, during his visit to a gym in Reykjavik, he had come across a superstar in the strongman world. The legendary Jón Páll Sigmarsson.

« Six feet three inches, 290 to 300 pounds: any Hollywood director would have seen this guy and said to him: come on, let's go talk to you!” he remembers. “It was amazing. But he had little round Professor Calculus glasses. He realized that I was not someone from there. We talked for two hours. »

The tragic death of this hero, in 1993, from a ruptured aorta, gave him the idea to write about the phenomenon of supermen. Mission accomplished with Fortissimus.