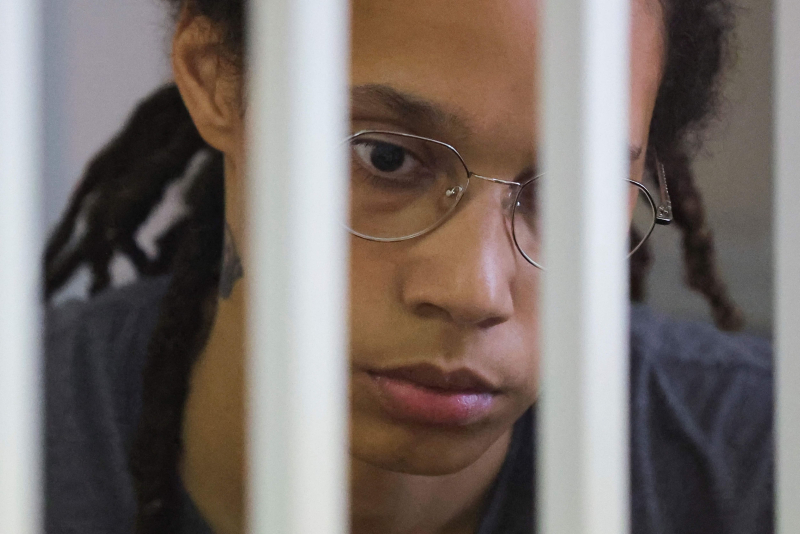 Former coaches and teammates of U.S. basketball champion Brittney Griner along with a host of top athletes celebrated her release on Thursday after nine months in a Russian prison.

Arrested in February for drug trafficking, the 32-year-old basketball player was released on Thursday as part of a prisoner exchange between Washington and Moscow.

The supporters of the WNBA star, the North American professional women's basketball championship, and two-time Olympic gold medalist expressed their joy and relief.

“I was shocked. I cried, ”responded Dawn Staley, who coached Griner in 2021 in the gold-haloed American national team in Tokyo. “This is the moment we have all prayed for.

Brittney Griner was an eight-time WNBA All-Star selection and led the Phoenix Mercury to the 2014 league title.

“Miraculously, mercifully, the count of detention days has ended at 294 and our friend, our sister is coming home,” the Mercurys and the Phoenix Suns NBA team said in a joint statement. p>

NBA stars Chris Paul, Trae Young and Kyrie Irving notably expressed their relief on Twitter after the release of the player who put her notoriety at the service of the defense of the black and LGBT + communities.

“Thank you for setting an example of what a true warrior is,” Kyrie Irving wrote.

Brianna Turner, Brittney Griner's teammate with the Mercurys, tweeted, “Best news ever that is. So happy for BG, just in time for the end of year celebrations.

“There were a lot of tears, but tears of joy,” she told MSNBC.

She Elsewhere shared his insecurities regarding a Griner return to the field: “I think right now BG needs to rest, recover and be with his wife and family.”

Women's tennis legend Billie Jean King thanked US President Joe Biden and “everyone who worked so hard to secure her freedom”, while WNBA MVP and Griner Olympic teammate A'ja Wilson tweeted : “BG, God is so good”.