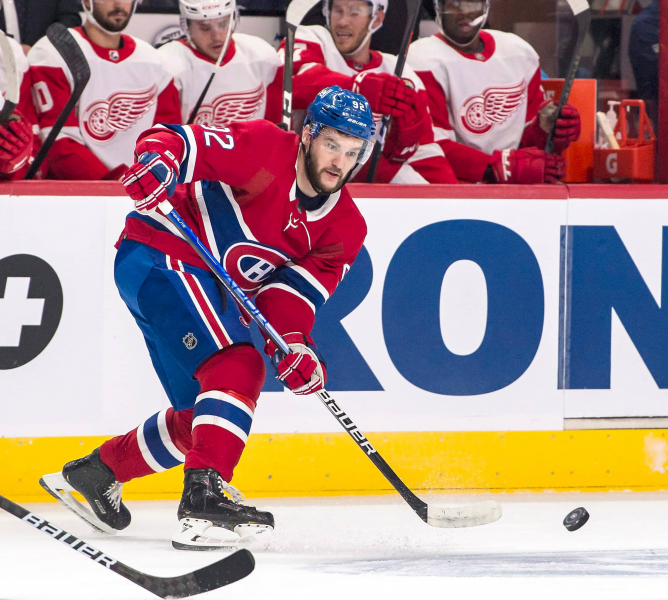 Will he play? Won't he play? Wrist injury that doesn't cause him any trouble? Or is he really recovered? Will he be with the Canadiens next year? Or will he look for a job with another team?

In fact, Jonathan Drouin comes to training camp in a very special role. Normally, he wouldn't have to worry about his position, having a $5.5 million contract as collateral. He has a long experience, playing in the National League for more than seven years. He has a certain talent, but the course that we discover on his curriculum vitae is marked by several events that have raised controversy, several injuries and also health problems.

No impact on the team

In recent years, he has played sporadically and, inevitably, he has had no impact within his formation. The player who was believed to have obtained from the Tampa Bay Lightning does not meet expectations, quite the contrary, while Mikhail Sergachev, player traded to the Lightning, is an important cog in this concession.

When Jonathan Drouin hits the rink for the start of training camp, he will not have the unanimity that is granted to veterans who have spent several months on the sidelines. Usually, the position they held is still theirs.

The Canadian finds himself in a special situation. He is in the midst of a relaunch period for the concession. Over the past few months, several administrative changes have been made. The new decision-makers began the process of changing the image of the organization. They have replaced a few veterans, they will continue to make changes to the workforce in order to give themselves more flexibility in terms of payroll.

Where does Drouin fit into all this?

In principle, he is a player who should enjoy certain privileges. At first glance, we think he could evolve with Josh Anderson and Kirby Dach. However, keep in perspective that decision-makers now have several options. No doubt that the emergence of Nick Suzuki, the spectacular entry of Cole Caufield, the arrival of Sean Monahan and the acquisition of Dach are game-changing.

Christian Dvorak remains a rather intriguing case. Is it still in the plans of the organization?

In this regard, one always wonders if Paul Byron will be able to put on the skates. What do we expect from Joel Armia? What season will Brendan Gallagher, whose results and performances have lost some of their luster over the past two seasons, experience? And needless to say, we would let Mike Hoffman go for nothing.

Drouin will not show up to training camp as a rookie. But he will have to reassure Martin St-Louis that he still has his place in the team.

And Jeff Gorton and Kent Hughes have very specific goals. For one thing, they don't have to rush their concocted program to get the dealership back on track. They have been methodical so far and they will be over the next few months. Are they in a hurry to win on the spot? Not at all.

Fans understand that it will be a long process. In the meantime, they will have the opportunity to supervise young players who will be given increased responsibilities within an elaborate development program.

You have to believe that Hockey Canada decision makers have got it wrong.

How can they renew the members of the board of directors to their posts by emphasizing that they had given hockey new structures, that they had made several modifications so that the sport continued to grow, that they had largely contributed to the rise of women's hockey, that the results of Canadian teams at the international level have been very respectable?

In short, that they had done a colossal job.

You really have to have a big ego.

You have to have some nerve not to take into account the reasons that led the decision-makers before a parliamentary committee to explain the expenditure of several million dollars from public funds to “buy” silence of a woman who was raped by members of the Canadian junior team in 2018 in London, Ontario.

Parents, parliamentarians, the general public no longer have any respect for the leaders of -Hockey Canada. How can we leave Hockey Canada, an organization responsible for promoting the sport of hockey, in the hands of unscrupulous people, using taxpayers' money to protect their ego?

What happened spent in London, we don't care at Hockey Canada.

The administrators paid the bill to hide everything.

These same people are coming back to the helm of Hockey Canada, it's is unacceptable and this decision requires immediate action by the federal government.

And don't expect Hockey Canada's business partners to rush to renew their commitments to the Canadian organization. Above all, they will stay away from this group of administrators. answer belongs to Jonathan Drouin ” />