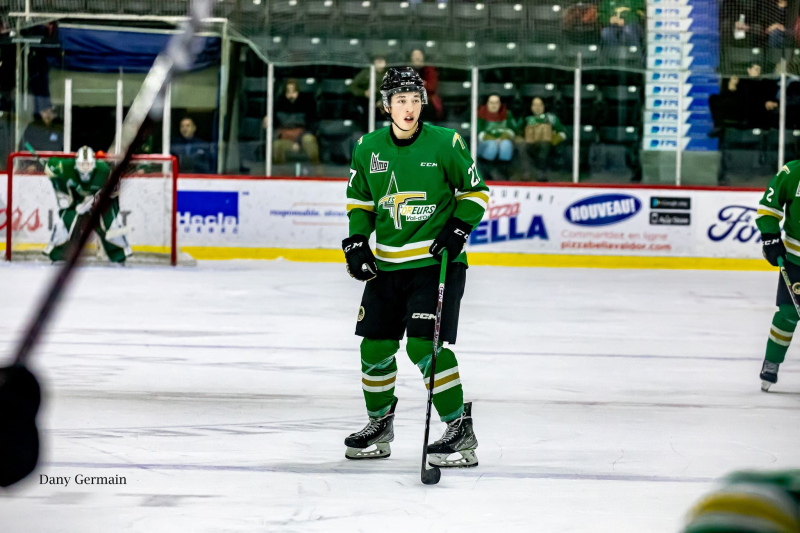 In a matchup between the two worst teams in the Western Conference on Tuesday at the Sports Rousseau Center of Excellence, the Val-d'Or Foreurs had the last laugh, winning 4 to 2 against the Blainville-Boisbriand Armada.

Nathan Baril netted the winner in the second half of the third period before seeing teammate Charles-Antoine Beauregard seal the outcome of the match a few moments later. Alexandre Guy and Frédéric Potvin also hit the mark.

The Abitibi team is thus taking its revenge for the 3 to 1 loss suffered last Wednesday against the same club on its own soil. She also put an end to a nasty streak of four losses, when she will be back home Friday to host the Acadie-Bathurst Titans.

The Armada will wait for the visit the Shawinigan Cataractes on Thursday and will try to avoid a third loss in a row.

The Saguenéens of Chicoutimi have for their part lost a sixth consecutive game, this time by a score of 6 to 1 against the Océanic in Rimouski.

With at least one point in his last 10 games (9-0-1 ), the Océanic is a little closer to the Quebec Remparts, at the top in the East. However, he is still 13 points behind.

The Rouyn-Noranda Huskies bent the leaders in the West when they beat the Tigres 4-2 in Victoriaville.

Tristan Allard scored the winning goal in the third period. The Tigers had previously responded to the Huskies' first two goals back-to-back.

Thomas Couture was excellent in the win, stopping 29 of 31 pucks aimed at him.

The Huskies know good times, not having suffered defeat in regulation time in their last seven outings. They therefore come within five points of the Tigers.