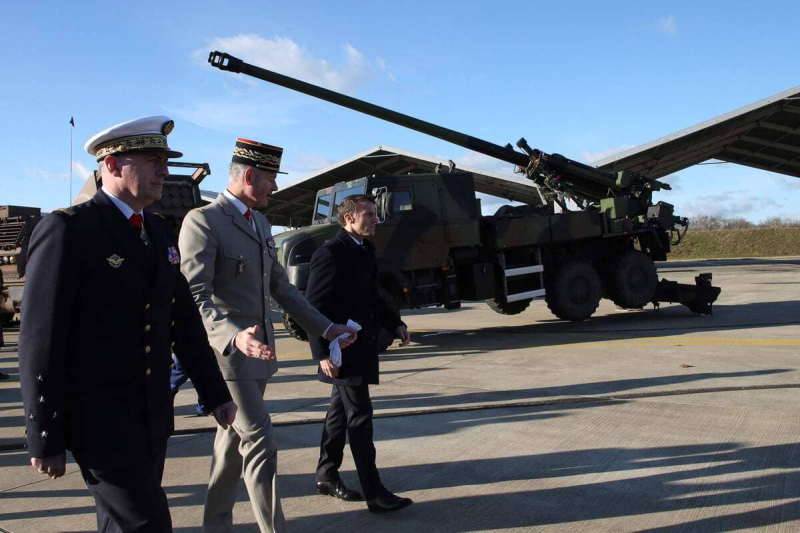 Emmanuel Macron has just announced that the military budget for the country's armies will increase from 295 billion euros to 413 billion, for the next few years.

Even taking inflation into account, this increase is considerable. Like the Prime Minister of Japan, who announced a few days ago the doubling of the Japanese military budget by 2027, the French president evokes the lessons of the war in Ukraine and the new threats to justify his new military budget. Macron has also given his armed forces the objective of being “one war ahead” of the enemy.

1. Which are the most powerful countries militarily?

The answer to this question is not obvious. In terms of military spending, the order is as follows (in 2022, in US dollars, per year): US 801 billion, China 297 billion, India 77 billion, UK 68 billion, Russia 66 billion, and France 57 billion. But military budgets are misleading. Not all countries are transparent in disclosing their military budget. Then, salaries are not the same everywhere. For example, an American officer is paid more than a Chinese officer. Moreover, conventional armament is no match for atomic armament. Finally, being powerful on paper does not mean having a really strong army. Before the Second World War, the most powerful army was in theory the French army. It lasted only three weeks against Adolf Hitler's troops.

2. What are the lessons of the war in Ukraine?

The lessons are not over. But a few important things stand out. First, information plays a key role on the ground and the Russian army is behind in this area. Moreover, the decentralization of command is essential. Too much centralization of decisions, as is the case on the Russian side, leads to the loss of opportunities. Finally, the speed and flexibility of executing military actions are more essential than ever. .jpg” alt=”The arms race is accelerating” />

The greatest threat is that of Russia. The Russian Defense Minister has just announced a further significant increase in Russian troops as well as a modernization of the army. It is not clear that he will achieve his goals. But the former member states of the Soviet Union can only shudder at such an announcement. Moreover, the role of China remains ambivalent. The country has more than ever the ambition to surpass the military power of the United States. What will China do with this new power? It seems unlikely that she is confined to defensive activities.

4. What does the expression “to have a war in advance” mean?

The “war of advance” refers to the revolution in military affairs that the Americans had carried out in the 1980s. Thanks to satellites and the means of communication, the United States had been able to dominate the enemy, as the war in Yugoslavia had shown this. It is probably this type of military advance that Macron is referring to. Moreover, the war in Ukraine shows, once again, that superior armament can be decisive.

5. How does this relate to Canada?

Canada has no choice but to engage in the arms race as well. Its military expenditure reaches approximately 20 billion US dollars, which places it 14th in the world. Unfortunately, more money for the military also means less money for health, education and many other areas. Thanks Vladimir.