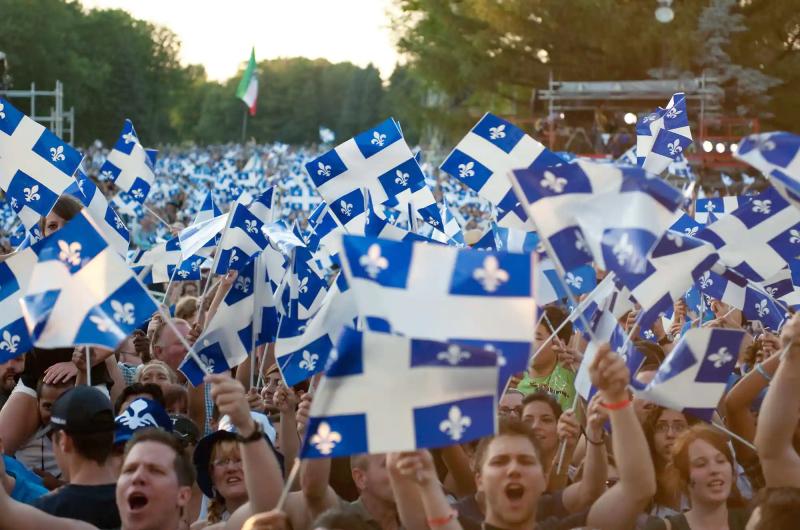 They will sing his greatest hits, including What did we do with our dreams?

I feel like asking the question of Quebec artists: you, what have you done with the great nationalist dream which, a few years ago, inspired you, transported you, ignited you?

Why did you drop it?

THE CORPORATION OF ARTISTS

For it's the sad reality: artists have completely abandoned the national question .

They have turned their backs on him.

Even the defense of the French, that leaves them cold.&nbsp ;

As my girlfriend has already written: where were the artists when the boss of Air Canada said that you absolutely didn't need to speak a word of French to succeed in Quebec?

They haven't said a treacherous word.

And when English-Canadian columnists take it in turns to spit in the face of Quebec in more more outrageous, more and more excessive; when the scribes of the National Post, the Globe and Mail and the Ottawa Citizendon't even hide to treat French-speaking Quebecers with all the names, what do they say, our brave artists?

Oh, when one or one of them insulted on social media by an anonymous Internet user who has no power and does not represent anyone but himself, they stand up as one man (sorry: as one penis owner) and denounce this despicable, shameful act!

But when it's the entire Quebec people who are insulted by the English-Canadian elite, it's radio silence.

You have to believe that they have become corporatists. < /p>

They defend their members, period.

To hell with the others.

They manage their careers.

When they take a public stand, it is for topics as controversial as the future of the planet and racism.

Because it takes courage, in 2022, to say that you are for the environment and against racism!

You're taking a big risk!

” Eh ? Machin Truc is against racism? And he wants to save the planet? Ah well ! I thought he was a good little guy! Gérard, call the theatre, we're canceling our tickets! »

The courage of artists now lies in supporting causes that are unanimous.

Instead of leading the herd, as they once did, they look left and right and analyze the direction of the wind before taking position.

And, above all, no politics! Because it risks dividing your audience and weakening your ticket sales!

Today, artists have only one word in their mouths: diversity.

There we must ensure that all groups, even the most minority, are represented within Quebec institutions!

And the representation of Francophones and Quebecers within Canada?

Our respect to us?

Our survival to us?