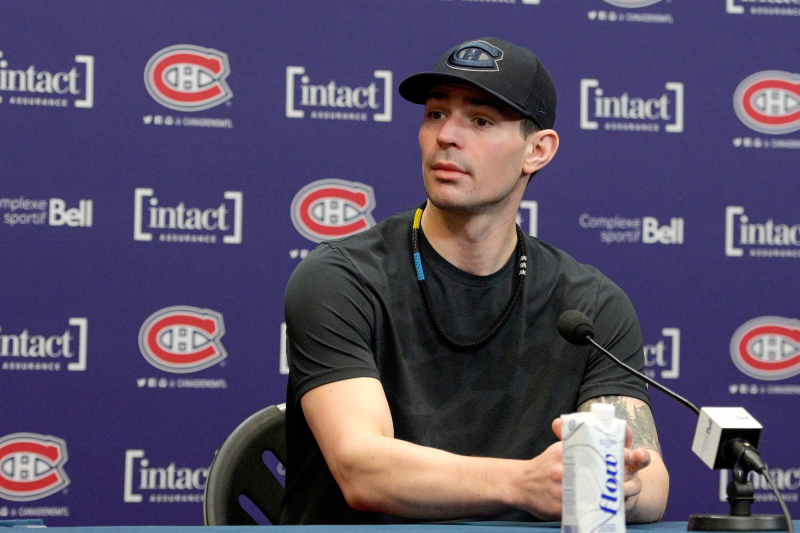 So, Carey Price claims that he did not know the story of the feminicide by firearm that occurred in 1989 at the Polytechnique Montréal. The explanation comes from the president of Groupe CH, France Margaret Bélanger and the vice-president, communications, Chantale Machabée.

Contrary to what some people think, this message cannot be considered as an attempt at diversion.

This is not the type of story that is simply invented like that.

I believe in this version.

Because it wouldn't be the first time that an athlete displays his ignorance on a subject unrelated to sport.

Ken Drydens are rare in sports.

Apart from him and a tiny part of the non-French-speaking players who have worn the colors of the Canadiens or who are part of the current team, the foreign players of the Habs know nothing of the culture and history of Quebec.

Do they have to know?

No, the Flannel fans will answer in unison. Because all that matters to them is that the Canadian wins.

They have nothing to wax about the rest.

Price can always pretend that he was two years old when Poly was killed.

But in the 15 years he has lived in Montreal, hasn't he seen on television, even once, the documentaries and the annual commemorations of this tragic page in our history?

In a parallel world

My work calls me to follow the activities of the Canadiens for 40 years.

Players have always been programmed to think and play hockey. The organization goes out of its way to keep them away from distractions.

More than ever since the salary escalation, players live in a parallel world. They are less accessible. They live in a bubble.

It's like there's nothing else outside of their world.

That said, don't see any connection between Price's stance on the gun debate and the Poly massacre.

Everything in its place

Price made no reference to this event. Nor did he make discriminatory comments against women.

The nuance is important.

We must not fall into intellectual dishonesty.

Like any citizen, Price has the right to express himself and give his opinion. It was as a hunter that he got involved in the debate on Bill C-21 tabled by the Trudeau government.

There again, he did not have the correct information concerning, at the very least, the rifle he was holding in the photo he posted on his Twitter account at the end of the week.

This will remain legal if the project is adopted, says the federal minister of Public Safety, Marco Mendicino.

Moral of the story: find out next time before you speak, Carey.