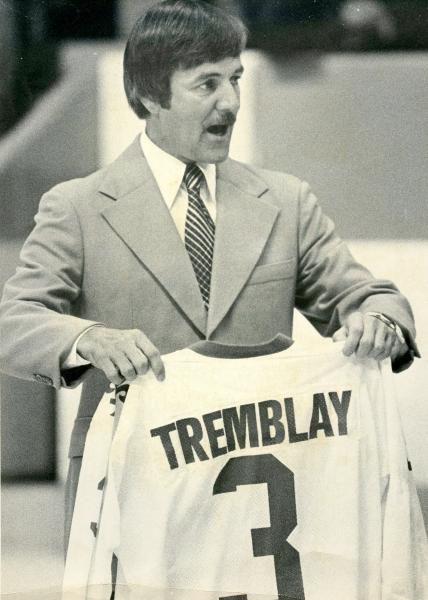 The Century Series is not the only event that revolutionized our hockey in 1972. At the same time, a dozen new North American professional teams, including the Quebec Nordiques, held their first camp training for the inaugural World Hockey Association season.

The impact was dazzling in both cases!

The confrontation against the Soviet Union made Canadians realize that they were no longer the only country producing the best hockey players on the planet and that they needed to put more emphasis on physical conditioning.

The birth of the WHA, meanwhile, allowed players to monetize their value and obtain better salary conditions.

It was the first time since 1926 that a so-called major league competed with the National League, founded in 1917.

In its first nine years of existence, the NHL contested the Stanley Cup against the champions of the Western League. But this time, there was no question of the NHL facing the WHA in a final for the legendary trophy.

The World Association was seen as a pirate circuit by the big National League.

Its best players such as Bobby Hull, Jean-Claude Tremblay, Gerry Cheevers and Derek Sanderson were barred from Team Canada by NHL President Clarence Campbell and NHL Players' Association Executive Director Alan Eagleson , for making the jump to the new league.

Storm at the Forum

The WHA was looked down on by the NHL and its regulars . When it was announced in 1971 by Dennis Murphy and Gary Davidson, many predicted that the project would die in the bud.

The disbelief lingered when the league conducted its first draft, in February 1972. The operation had been divided into two sessions, the first in which the 12 teams selected names known to the NHL and a second more general. /p>

In the preliminary round, the Nordiques chose Gilles Villemure, a goalkeeper from Trois-Rivières who played with the New York Rangers, the fiery John McKenzie, who was the Dale Hunter of the Boston Bruins, but especially two key players for the Canadiens, center Jacques Lemaire and defender Guy Lapointe.

All of a sudden, things were getting more serious.

It was storming on the second floor of the Forum!

War had broken out between the two Quebec organizations. When Maurice Richard agreed to become the first coach of the Nordiques, the Canadiens withdrew his two courtesy season tickets.

Nothing stopped the Nordiques in their quest for big names. They approached Jean Béliveau, who had reigned over the national capital, like a monarch, from 1949 to 1953.

Retired for two years, Béliveau decided, at age 41, that it was best to continue in his role as vice-president, social affairs, of the Canadian.

J.C. made a fortune

His refusal did not deter the Nords.

When their general manager Marius Fortier and his right-hand man Maurice Filion got wind that Jean-Claude Tremblay was not happy with his salary conditions with the Canadiens, they convinced their owners to pull out all the stops to get the defender number one from the Habs.

After 13 seasons in Montreal, Tremblay was earning an annual salary of $60,000. With a Sam Pollock negotiating contracts as if it were his own money, players' bargaining power was slim.

The Nordiques offered Tremblay more than double that. Salary of $140,000 per year over a period of five years.

The Quebec team had its first star.

After their first season, the Nordiques looked again to Montreal, where a trio of youngsters formed by Marc Tardif on the left wing, Guy Lafleur in the center and Réjean Houle on the right wing were enjoying success.

Houle took the road to Quebec. He played there for three years, scoring 51 goals in his third season, before returning with the Canadiens.

After the first game of the first-round series between the Habs and the Buffalo Sabers in 1973, the Nordiques made an offer of $2 million for 10 years to Lafleur, again double what the Canadiens offered him. But it was too late.

Before the game, Lafleur had accepted the Canadiens' proposal under pressure from Sam Pollock, who had advised him that he would not leave his office until he would not sign the bottom of the contract. His own agent Gerry Patterson was in cahoots with the wily GM.

For his part, Tardif joined his good friend Houle in Quebec after going first to the Los Angeles Sharks, who had placed his name on their list of targeted players in the 1972 draft, then to the Michigan Stags. /p>

Gateway to the NHL

Anyone who experienced the Nordiques' WHA epic will tell you it was anything but ordinary. The organization has come through thick and thin during the seven years of the circuit's existence.

Finally, in 1979, hockey fans saw their great dream come true. The Nordiques were making their debut in the NHL.

The rivalry with the Canadiens went beyond sports. A general fight broke out on Good Friday evening. The whole province was held spellbound.

We were red or we were blue.

These were the most eventful years for hockey in Quebec.