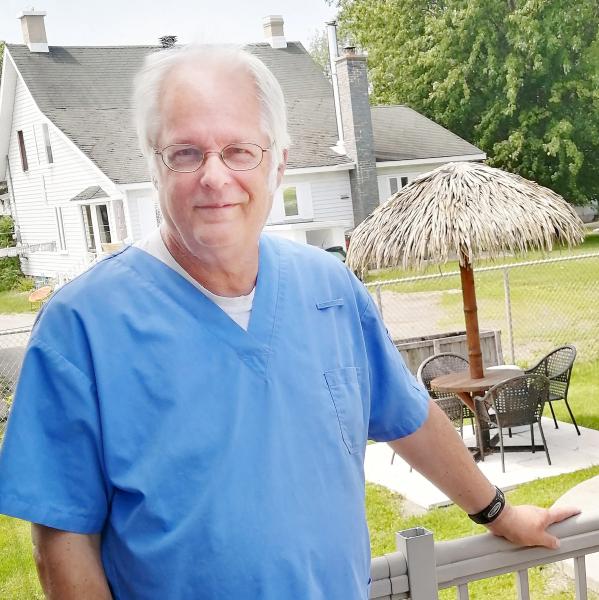 A graphic designer who was looking for extra income discovered a new life mission by becoming a beneficiary attendant at the age of 60.

It's to compensate for the periods when he carried out fewer contracts than Yvan Ouellet, now 66, had the idea of ​​taking training to become a beneficiary attendant.

“It is never too late to take on new challenges,” he says.

During his training, he did housekeeping work for La Maisonnée, a social economy enterprise in domestic help (ESAD) in Nicolet.

Then, once he graduated, he began to offer home services for patients with loss of autonomy.

Both as a graphic designer and as an employee, he has always wanted to listen to people and build relationships of trust.

“When you do something with heart, people realize it,” he says.

Nicole Beaudet, who took care of her husband, Germain Houle, who suffered from Lewy body disease, a form of dementia related to Alzheimer's, testifies to the qualities of Mr. Ouellet's heart.

His guardian angel visited them twice a week at their home in Saint-Wenceslas, about half an hour's drive from Nicolet, for almost three years.

“Both conscientious and caring, he redoubled his efforts to make our job easier, with unlimited patience and with the dignity of the person,” she shares.

This caregiver was impressed by her great creativity in creating little moments of happiness that brought a great joy to life.

Yvan Ouellet says he grew a tomato plant with Mr. Houle. “We saw him grow up and, to annoy him, I told him that I was saving the first tomato! he said.

Until the big departure

Mr. Houle died in August 2021, at the age of 78. Shortly before his departure, Yvan Ouellet exchanged a few words imbued with tenderness and human warmth with him.

If the state of health of his patients reminds him of the importance of enjoying every moment of life, he also appreciates the gratitude coming from those close to these people.

“We create good ties and people don't forget us”, he says moved.

For the director of La Maisonnée, Marlène Bouffard, Yvan Ouellet's contribution corresponds exactly to the work of the hundreds of valiant ESAD attendants focused on the patient and not the task.

“We take the time to raise our eyes to our users. It’s a fundamental value,” she says.