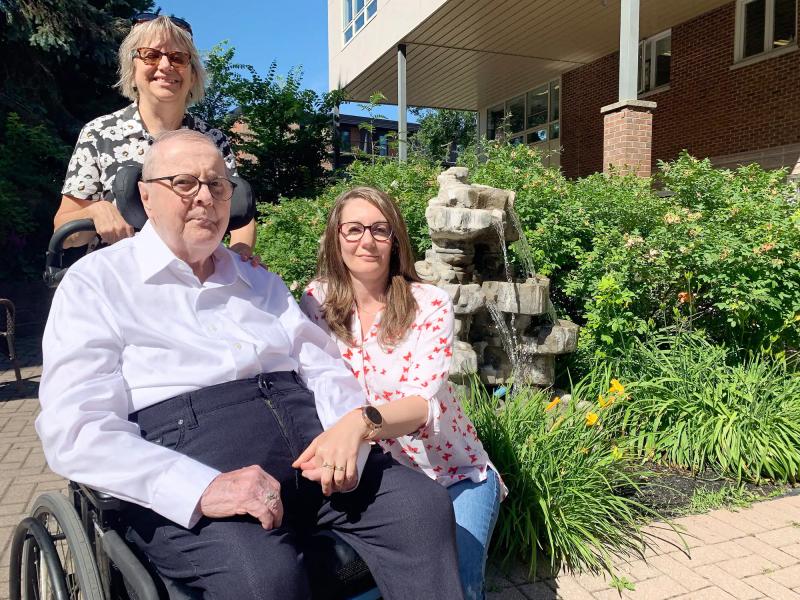 Leaving her native Romania a decade ago to follow her dreams with her husband, Livia Paun has forged a special place for herself in the hearts of the residents of Maison Paul-Triquet, in Quebec City, whom she now considers like a second family. .

“ Livia is the very definition of the word guardian angel. It goes far beyond her role as beneficiary attendant, she is part of the family,” says Diane Patry with emotion.

Her father, Maurice, a 90-year-old veteran of the Canadian Armed Forces and suffering from Parkinson's disease, has lived at Maison Paul-Triquet since four years.

As soon as the latter arrived at the establishment, Ms. Paun was able to create a strong human bond with the nonagenarian, whom she takes the trouble to go and greet each time she finishes a shift. A moment that the man always looks forward to.

“She takes care of him as if he were her own father. She brightens her days with her dedication, her great humanity, her generosity and her empathy,” says Mr. Patry’s daughter.

And the other residents of the CHSLD are not neglected. A few testimonials collected by Le Journal bear witness to the colossal work of the young woman and the particular attention she pays to the elders in her care.

During the worst of the pandemic, users of the Maison Paul-Triquet had the opportunity to make video calls with their loved ones, access to the establishment being forbidden to them to ensure the safety of the residents.

As a sign of the unique bond that unites Ms. Paun to “her gentlemen”, several preferred to contact the beneficiary attendant, who was then isolated at home as a preventive measure.

“I always said that [taking care of the elderly] was not a job, but rather a way of life. The important thing is to work with your heart », says the principal concerned.

Livia Paun always knew she wanted to work in healthcare and care for the sick.

It was when she took care of her father while he was bedridden after a serious accident that she understood that she was made for it.

While she says she loves every aspect of her job, she admits that she still has trouble accepting the deaths of the residents she cares for. And the last two years of the pandemic have been particularly dire.

“It was hard to tell myself that I couldn't do more to help them, I felt like I was helpless. Every time someone dies, it's a whole story that goes out,” concludes the one who is often one of the last to have shaken hands with patients before their last trip.