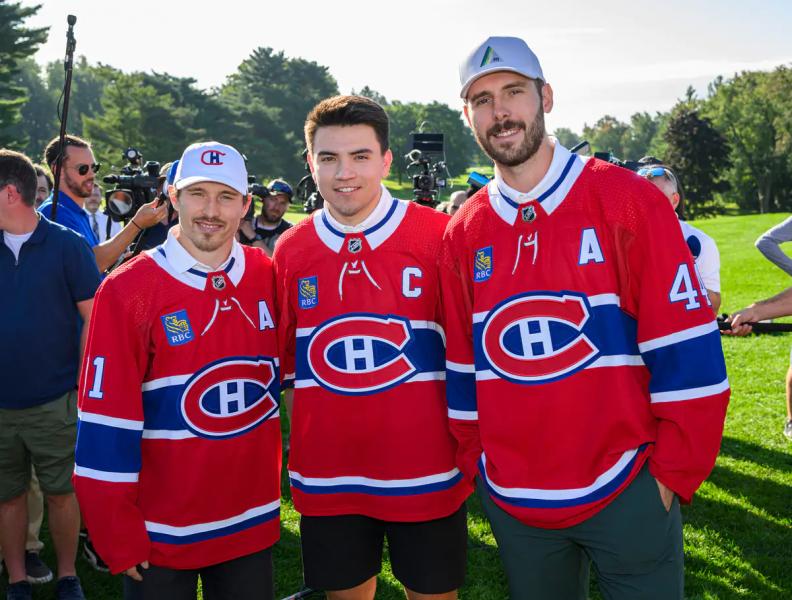 When I started covering the Canadian, three or four hundred years ago, the stripes were white and the ice painted blue. Blue was for color TV.

But it should be noted that Guy Lafleur, the best player in the National League, did not earn $100,000 a year, less than Pierre Bouchard, in fact, and that the Canadian was going to sell for 22 million…Canadians after winning four more Stanley Cups.

That didn't stop the owners from lining their pockets and sleeping with Alan Eagleson, the union director, to better cram the players.

The The Soviets showed the wicked enemies of Québec solidaire that advertising could be sold on the tapes at a high price. The capitalists have understood, and since then the bands have been displaying beautiful colors.

Then the ad invaded the mirror and the blue and red lines were drowned between the ads that want you to be happy.

You want to know? I find that quite correct. That's how it works.

So the Canadian teamed up and sold his right-wing heart to the Royal Bank of Canada. Being myself a relatively satisfied customer of Michael Fortier, vice-president at the bank, if the royalist bank can make the operation “Heart of CH” profitable and lower my bank charges, I will be even happier.

Just as I am satisfied with my investments with the National Bank and the Caisses Desjardins, good partners of the CH Group.

The Canadian takes advantage of permission from the National League to sell advertising on his tricolor jersey. Romantics and sentimentalists will cry and shout their indignation. I'll tell them they lost all sense of tradition when they agreed to pay $600 for two tickets against the Pittsburgh Penguins.

We live in a world where I hit 20 STAT commercials when I want to replay a game of solitaire on my phone and where I have to suffer the gloomy voice of Minister Christian Dubé every morning that I connect to 91.9 for Jean-Charles Lajoie. If it pays JiC the millions, great, I can handle 15 sad seconds before my coffee.

BUT THE BEST GET TAKEN

The more races a driver wins, the more famous he is and the more the square inch on his suit costs and earns him. I tell you, the ad on Max Verstappen's neck is worth more than the ad on Lance Stroll's chest.

Why are players accepting this bad deal? Do you think Nick Suzuki's jersey ad isn't worth more than Mike Hoffman's jersey ad?

If Suzuki plays 20 minutes and scores two goals, TV cameras will go show joy… and publicity for 20 minutes. Not to mention all the pictures in newspapers or websites around the world.

And I'm not even talking about what would happen if Carey Price played brilliantly. The RBC would be in perpetual orgasm. Celebrate St. Perpetua's Feast Day, March 7th.

What will Mike Hoffman or Chris Wideman show?

I'm making a prediction for you . In a few years, the powerful agents of hockey will demand that their stars get a real slice of the pie.

The CIBC on the chest of Auston Matthews, what would that be worth in the Toronto market? ?