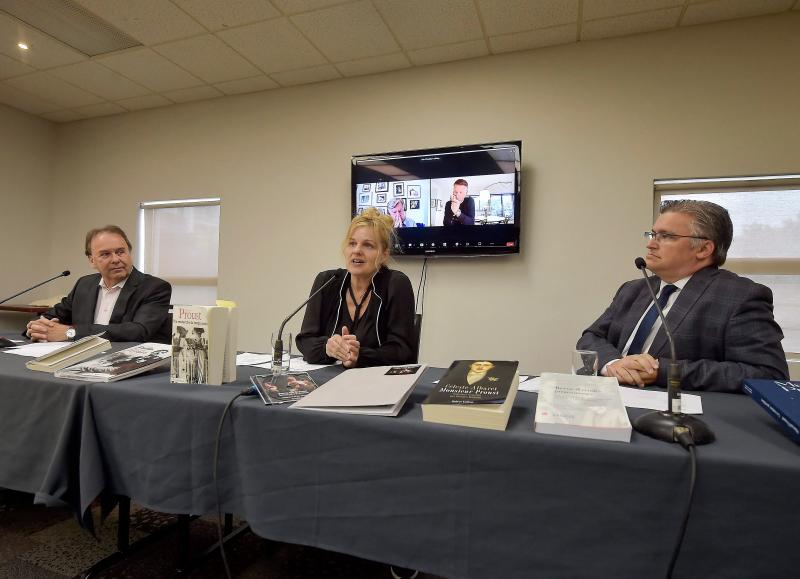 Former Prime Minister Lucien Bouchard thinks that holding a weekend of activities as part of the centenary of the death of Marcel Proust, this fall, in Quebec, will serve the cause of the French.

“A symposium on literature is of more topical interest and necessity than ever. This is perhaps the best way to promote the French language. We know that there are major problems right now about the future of French speakers in Quebec, the statistics are not good and I am among those who are worried,” said, during a press conference. , Sunday, this great lover and connoisseur of the famous writer.

Mr. Bouchard will take part in the event Proust rediscovered, on November 12 and 13, an idea of ​​lawyer Marc Bellemare.

The host Stéphan Bureau, the actress Sylvie Moreau, director Robert Lepage, playwright Michel Tremblay and Les Violons du Roy will also take part in this Proustian weekend, which will take place at the Palais Montcalm and the Pavillon Lassonde.

Can we make Proust attractive to young people? “I don't think it will become a common name in the playgrounds”, answers Lucien Bouchard, “but we must as much as possible make it known that if we want to live fully our belonging to civilization and to the French language, in Quebec , one of the best ways is to hang out with authors like Marcel Proust. »

An author for everyone

“I would not be surprised to know that among our best rappers or slammers, there are some who are interested in Proust's prose because I imagine that it would be material to be integrated into a long digression”, adds Stéphan Office.

We must get rid of the idea, they believe, that this work is too demanding for part of the population.

“You must not be intimidated”, says Sylvie Moreau, who said that her modest origins did not prevent her from enjoying reading the author of In Search of Lost Time.

“I I read this work when I was 23, a young girl arriving at university after being raised on rue Dorion by a father who was a welding professor and a mother at home, and I understood it. I gave up on it. It is accessible because it appeals to our sensitivity. »

For all the details of the event Proust found, go to www.palaismontcalm.ca.