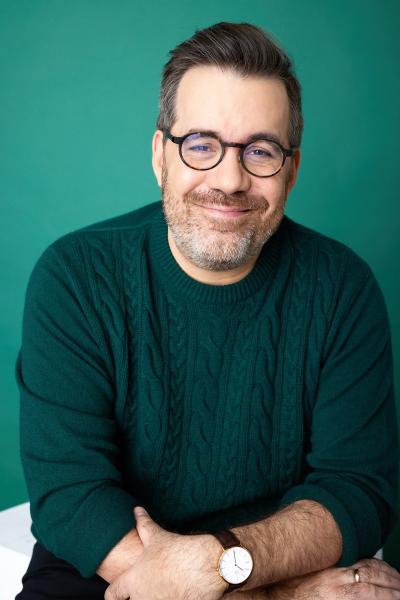 A few months ago, when he was looking at his fall calendar, Jean-Sébastien Girard said to himself that he would never be able to participate in all these projects. Then the weeks passed, and here he was on the eve of starting his marathon.

“I'm in a period now where I can't wait to go and present them [to the public], he said. But at the same time, I started having morning insomnia! (laughs) I fall asleep very easily. But when I get up for my little pee at 6 a.m., I can't go back to sleep. My head is starting to spin! I wonder why I'm doing a show and exposing myself like this. Why do I want to go to Matane in the middle of winter to talk about my youth? I am quite anxious. And then the day starts and it's fine.”

“Sometimes, I think that at my age, I could travel and eat cake while watching Netflix like everyone else (laughs< /em>). We always say that you have to get out of your comfort zone. But what's the problem with the comfort zone?»

This week, Jean-Sébastien Girard gave the sending to the mini-tour of JS Tendresse which will stop tomorrow at the Maisonneuve Theater, in Montreal. The show will then go to Brossard (Monday), Trois-Rivières (Wednesday), Sherbrooke (September 4) and Quebec City (September 5).

“Ç' It was strangely very easy to bring all these people together, says Jean-Sébastien. When producer Martin Leclerc asked me which artists I wanted to invite, I made a “plan A” list, telling myself that we should surely go to “plan B” or “plan C”. Finally, everyone said yes! And they will come to every city.”

Starting September 4, and every Sunday from 5 p.m. to 6 p.m., Jean-Sébastien Girard will be at the helm of the new radio show Jeannot BBQ, on ICI Première. “We will celebrate the journey of a different personality each week,” he said. It's a kind of cabaret in front of an audience.”

The return of the trio

The next day, on ICI Première at 1 p.m., will be the start of the long-awaited daily radio show The day [is still young]. Hosted by Jean-Philippe Wauthier, it will include the participation of Olivier Niquet. Jean-Sébastien will make sporadic appearances there, according to his schedule.

“The biggest challenge will be the spirit of synthesis, says Jean-Sébastien about this daily half-hour. At The evening [is still young], we had never developed that, especially not me!”

After saying a grandiloquent and tearful farewell to the audience of < em>The evening… last May, the Wauthier-Niquet-Girard trio announced their return to the air at ICI Première… three weeks later. This announcement was received lukewarm by the fans of the trio, admits Jean-Sébastien.

“I had the impression that there were people who felt cheated. There was a lot of “all that for that?”. I was a little uncomfortable with that.”

Finally, on September 9, Jean-Sébastien will begin the official break-in from his first solo show A boy like no other. The show will be officially launched next March with five nights at the Olympia in Montreal. Far from taking the big head with this project, it is rather with great humility that he approaches this leap into the void.

“The beginning of the work was a bit laborious, because that there was a certain lack of confidence. I think I know how to write jokes, I learned it on the job for ten years [at La soiree…]. But I know very well that the radio and the stage are not the same thing. […] I see young people who have attended schools and first parties in the region for years. Well, I don't have that. That Just for Laughs comes to see me and tells me that we are starting with 54 dates in the big halls, it's something quite dizzying!”

The show < strong>JS Tendresse will take place tomorrow night at the Théâtre Maisonneuve. Jean-Sébastien Girard will begin the break-in of his solo show on September 9. For info: jeansebastiengirard.com