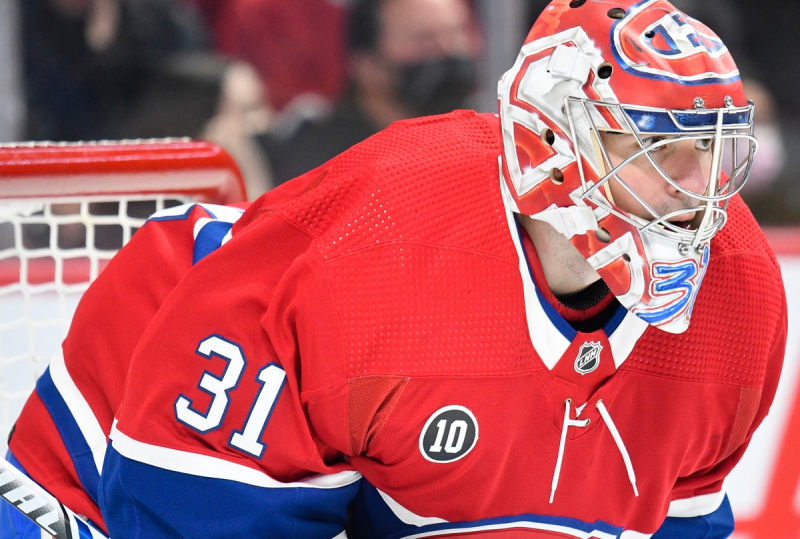 Carey Price confided in Maxim Lapierre and Guillaume Latendresse during a generous interview with the “La Poche Bleue” podcast recently. Here are four things we learned about the Montreal Canadiens goaltender.

Behind his marble facade, Carey Price is an anxious man. And if one could believe that the pressure of the Montreal market and the dramatization of which the local media are sometimes guilty are at the origin of this anxiety, this is not the case. Rather, it was his shyness and large gatherings that made him nervous, and it was to become more social that he started drinking. And despite the excesses, his episodes constantly recur, despite his desire to stop.

“I started drinking for fun, and throughout my career I found that I was very good [at drinking], even good at it,” Price said. So I got to the point where it was no longer enjoyable. I had to stop. I asked for help. This is quite the most difficult step; realizing you have a problem and need help. But there's nothing wrong with that.

Before being drafted into the National Hockey League (NHL), young hopefuls must showcase their talent on the ice, but also go through interviews with the teams. The process allows recruiters to see what kind of person they are dealing with. Price said he met 13 or 14 teams, and his interview with the Habs was the toughest. At the time, Bob Gainey was the general manager and Trevor Timmins was still the recruiting director.

“They were asking tough questions, I think they wanted to see how I was going to respond to the media. When the Canadiens drafted me, I thought back to that interview and wondered if it had gone well or not…”

It is well known that goaltenders who win gold at the World Junior Hockey Championship rarely have great careers afterwards. Carey Price represents one of the rare anomalies at this level, while he may have a ticket to the Hall of Fame when he announces his retirement. He won gold in 2007 at the World Juniors.

“It was definitely a stepping stone for me, assured Price. It helped me accelerate my development and become a National Hockey League (NHL) player.”

When the Canadiens traded Jaroslav Halak to make way for Price in 2010, P.K. Subban became a roster regular. The two men quickly developed a bond, demonstrating it with their famous “triple low five” that Michel Therrien eventually sent to oblivion.

When Subban was traded in return for Shea Weber, Price therefore felt a twinge in the heart.

“It was easy to talk to P.K. When he was with the team, everything was always entertaining. I always liked the energy he brought into the locker room. He was always very positive, always happy to be at the arena. That's one thing I missed when he left.”