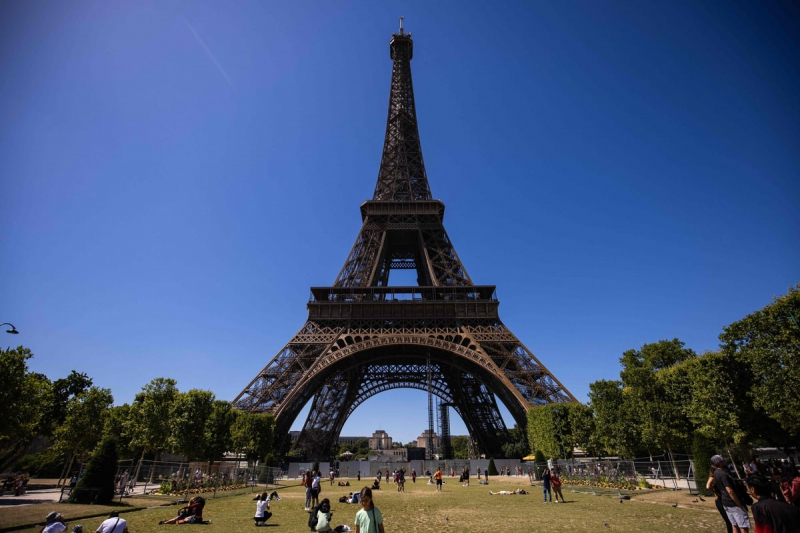 The body of a 12-year-old schoolgirl was discovered in a trunk on Friday evening near the apartment building where she lived with her family in northeast Paris. < /p>

Four people were taken into police custody, we learned on Saturday from a source close to the case and from the prosecution.

It was 11 p.m. when a homeless man reported to the police the discovery of an opaque box containing the body of a young girl, in the interior courtyard of a building. The body of the schoolgirl was concealed by fabrics, according to sources close to the file. Two cabin suitcases were placed next to the box.

The trunk was found at the bottom of the building where the girl lived, according to the prosecution.

According to close sources of the file, the first findings show a head almost torn off and inscriptions on the body of the schoolgirl.

In a video posted on Twitter by freelance journalist Clément Lanot, who revealed the discovery of the body, police in white overalls were busy at the scene at night. White tarps were stretched over a facade.

The body of a teenager born in 2010 was discovered last night in the 19th arrondissement of Paris.

It was in a suitcase.

She had disappeared yesterday afternoon on her way home from college.

The crime squad is seized of the case. pic.twitter.com/gbULYp3jtT

During the night, the investigators arrested, according to a source familiar with the matter, three people near the scene and a woman l was Saturday morning in Bois-Colombes, near Paris.

All were placed in police custody, according to the prosecution, who specified that their role remained to be determined.

< p>His disappearance had previously been reported to the police, said a source close to the case.

According to another source familiar with the case, his father, caretaker of the building where the family lives, worried not to to see her return from college at 3 p.m., had warned his wife, who went to the police station to report her disappearance.

On her Facebook page consulted by AFP, the girl's mother had launched Friday afternoon a call for witnesses describing his daughter and the clothes she wore. Two photos accompany this post, one showing a smiling college girl with long blonde hair. On the second, apparently taken from CCTV footage, we see her entering a building.

The building's surveillance cameras did show the girl entering, but she then disappeared, according to another source close to the case.

An autopsy of the body must be performed during the day, according to a source close to the investigation.