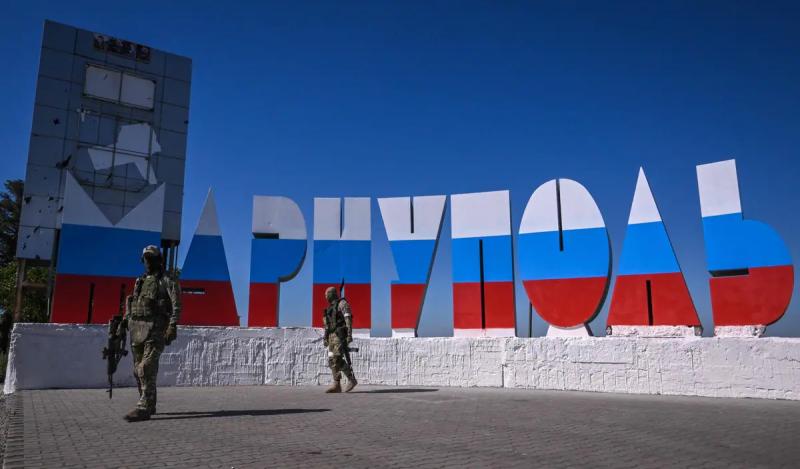 The bombing on March 16 of the Mariupol theater in Ukraine, in which many civilians had taken refuge, is “clearly a Russian war crime”, affirms a report by Amnesty International on Thursday, for which the number of victims is however much lower than what was feared.

“Until now, we were talking about a suspected war crime. Now we can clearly say that it was one, committed by the Russian armed forces,” Oksana Pokaltchouk, the director of AI in Ukraine, told AFP during an interview in Paris.

Two explosions destroyed much of the theater, caused by “something very big: two 500-kilogram bombs” from an “air strike”, she continued, the nature of the damage crippling according to experts consulted by the NGO the hypothesis put forward by Moscow of an explosion inside the site provoked by the Ukrainian forces.

At that time, the sky of Mariupol was “under Russian control” and there there were “no Ukrainian planes,” Ms Pokaltchouk explained.

Satellite images taken before and after the attack show that there was “no Ukrainian military presence around the theater,” she said. “When there were so many military targets, (the Russians) chose a civilian one,” she lamented.

Amnesty denounces a “deliberate” attack against a site welcoming hundreds of innocent people, in front of which the word “child” was written in large white letters , making it “clearly a war crime”.

The only good news from the report is that the number of people killed is much lower than estimated, when the municipality of Mariupol reported around 300 dead.

“Amnesty International believes that at least a dozen people died in the attack, and surely many more, and that many others were seriously injured”, can we read in this report, drawn up from the testimonies of around fifty witnesses and numerous experts.< /p>

“This estimate is lower than previous counts”, recognizes the NGO. It is based on the fact that many refugees from the theater had managed to flee Mariupol “the two days before the attack”, and that “most of those who remained there were in basements and other areas protected from the explosion,” she explains.

“It is good news that fewer people have been killed. But that does not change anything” on the merits, underlines Oksana Pokaltchouk. And to insist: regardless of the number of victims, the attack on the Mariupol theater is “clearly a war crime”.