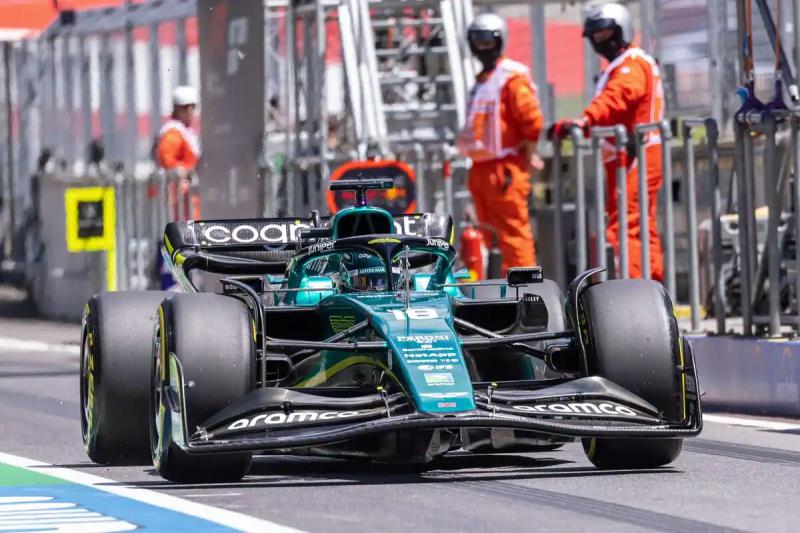 It was a tough day for the Aston Martin team at the Austrian Formula 1 Grand Prix and Lance Stroll was no exception. The Quebec driver had to settle for the 17th fastest time in the qualifying session on Friday at Spielberg.

Despite completing 12 laps of the Red Bull Ring, the 23-year-old couldn't do better than a time of 1:06.847. He finished behind Daniel Ricciardo (McLaren), but ahead of Guanyu Zhou (Alfa Romeo), Nicholas Latifi (Williams) and teammate Sebastian Vettel, who also had a bad day at the office.

“ It's always a challenge here with the limitations of the track. But despite that, we didn't quite have the speed to get to Q2 today,” Stroll told his team's website.

Fortunately for the Aston Martins, they will have the opportunity to gain a few positions in the sprint race on Saturday which will precede the Grand Prix the next day. Remember that this is one of the three events of the season, along with Italy and Brazil, to make use of this competition format.

“Obviously, we will try to take up some places in tomorrow's sprint and our pace looked correct in free practice earlier. Thus, there is still potential for the weekend,” he added.

Qualifying was marked by spins from the two Mercedes in the third portion (Q3). George Russell and Lewis Hamilton alternately lost control of their racing car in turns, then crashed into the wall. Each time a red flag had to be waved. They will start 6th and 10th respectively.

It was Max Verstappen (Red Bull) who just got the lead position by being the only one to go under 1 min 05 s. The two Ferraris of Charles Leclerc and Carlos Sainz will follow him on the starting grid.