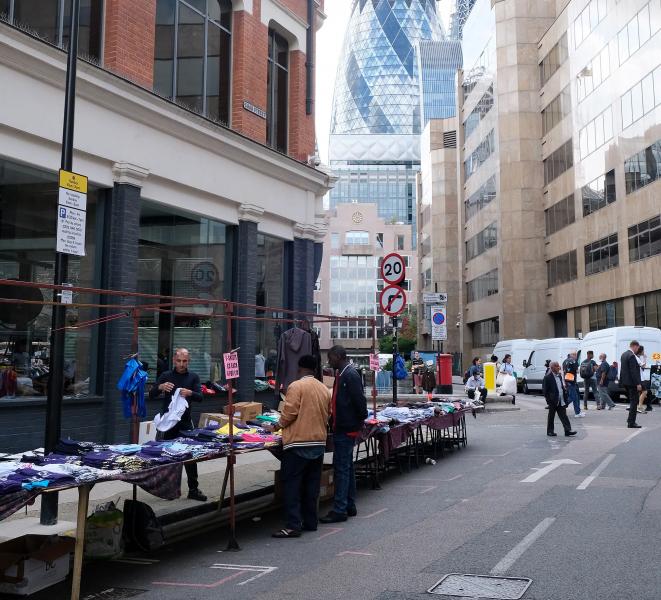 Young people and immigrants living in London mostly regard the monarchy with great indifference, believing that the country has other fish to fry.

The teenager Jude Hewitt is not touched by the death of the queen, it is rather her grandparents who are in mourning.

“I don't understand what they do or what they're for […] My grandparents are sad, but I'm not,” says 17-year-old Jude Hewitt, who had fun skateboarding yesterday near Tower Hamlets area.

Moreover, a stroll through this district, one of the most disadvantaged in central London, quickly shows that many Britons do not have time to think about the death of Queen Elizabeth II.

Here, immigrants are busy putting up stalls of a few pounds of clothing along Petticoat Lane and no one has five minutes to talk about the monarchy. And passers-by would rather keep quiet than speak ill of it.

“For some it's important, but for others life goes on […] People here have a lot of respect for the royal family and you have to accept that,” said Nuj Ahmed, aged 37 years. This salesperson cares more about inflation.

“It's frustrating, everything is going up except wages,” he says.

< strong>The energy bill would jump by 80%

In the United Kingdom, inflation is even higher than in Canada. Britons have been warned that as early as October their energy bills could soar by 80% and food prices have also jumped.

The public health system is also going through difficult times, as in Quebec. Huge waiting lists, understaffing and threats of strikes by workers who want to improve their conditions.

The government has also been rocked by several scandals under ex-Prime Minister Boris Johnson, leading to massive resignations. The new Prime Minister, Liz Truss, had just been appointed when the Queen died on Thursday.

Living in London for more than 20 years and originally from Cyprus, Aise Aksay, believes that the British will have less patience for the excesses of the rich, royal or not.

She recalls that for many, the monarchy is viewed negatively due to her past association with colonialism and slavery.

Although he hails her 70 years of dedication to his country, Mohammed Salisu has no time to go to pray for the queen, he must work to earn his living.

“I don't blame the queen personally for that,” said 47-year-old Mohammed Salisu.

He left Ghana over 20 years ago to live in London.

He sells jewelery and trinkets at Spitafields Market and he can't take time off to attend royal events.

“A friend asked me if I was working when same, but I have no choice, because no one else will put money in my pockets, he breathes.

The cost of living is made “astronomical” according to him. “I'm scared, believe me, very scared,” breathes Mr. Salisu, adding however that if the population is looking for a Turk's head during these difficult times, they will blame the government and not the royal family.

“It seems so far from me,” says Tiger Smith, 22, of the monarchy. He sees the new king and his castles as a tourist attraction.

The UK is struggling