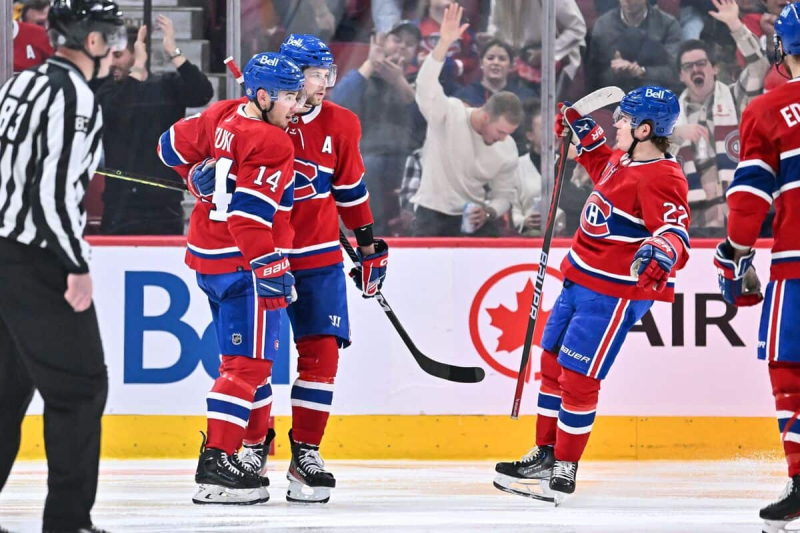 It wasn't easy, but the Montreal Canadiens avoided suffering an eighth consecutive loss by having a very good third period against the St. Louis Blues on Saturday night at the Bell Center, winning 5 to 4.

The worst streak of the season for Martin St-Louis men is finally behind them. It took the passage of a crippled club for the CH to finally sign a first victory in 2023. Everyone pitched in, including Jonathan Drouin, who seemed to have scored the winning goal in the middle of the third period. However, it was awarded to Josh Anderson according to the latest update from the National Hockey League (NHL).

The Blues are starting to tear up the blue line. Already without defenders Torey Krug, Marco Scandella and Scott Perunovich, they had to deal with the lower body injury of Robert Bortuzzo, who left the game in the first half.

It opened the door to local favorites. Dominant in the offensive zone, they hit three times in the third period while limiting the Blues to only 22 shots. Jake Allen did not have a great game against his former team, allowing four goals.

Besides Anderson, Kirby Dach and Cole Caufield also hit the mark. For the latter, it was his 50th goal, in his 117th game. It's a pace that great Sainte-Flanelle players like Maurice Richard and Bernard Geoffrion maintained before him at the start of their careers.

Is 2023 the year of Joel Armia? The Finn had zero goals to his name in his first 26 games this season, and now he scored in two consecutive games in January. The big forward took advantage of a fall from forward Jake Neighbors to create space and beat Jordan Binnington with a superb wrist shot in the second period.

Armia added a little more before Anderson, jumping on a puck that had just touched the post.

The Canadian is no longer used to managing advances. Caufield's goal 36 seconds into the third period put them ahead for the first time since December 23 against the Dallas Stars, which is five games.

The moment of celebration at the Center Bell only lasted 113 seconds. Nikita Alexandrov tied the game by hitting the target for the first time in the NHL. Michael Pezzetta then received a bad penalty and Pavel Buchnevich struck on the power play.

More fear than harm finally for Allen, who also saw Brandon Saad and Alexey Toropchenko score at his expense.

Building on this victory, the Canadiens will host the Seattle Kraken at the Bell Center on Monday.