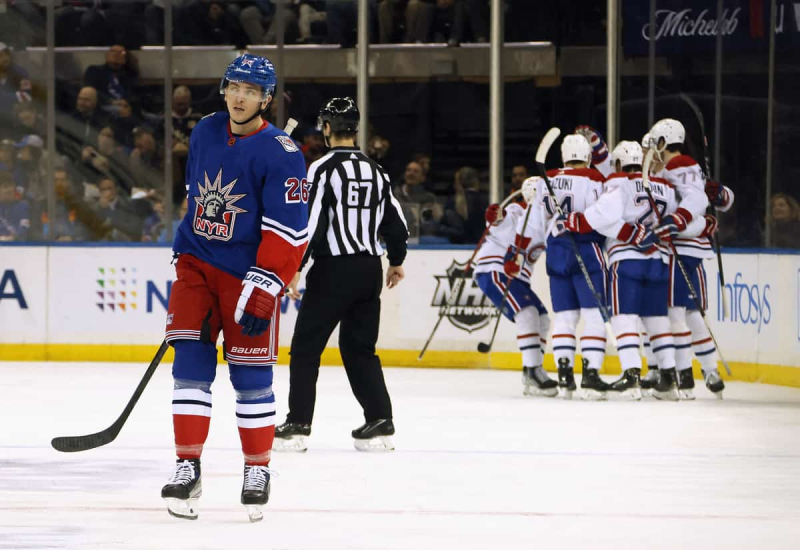 Powered by a Samuel Montembeault in great form, the Montreal Canadiens concluded their brief stint in New York by winning 2-1 against the Rangers on Sunday at Madison Square Garden.

Head Coach Martin's squad had gone down against the New York Islanders the day before. In the defeat, the Quebec goalkeeper had done very well. He got his second start in as many days and was again spectacular.

Montembeault repelled 39 of the 40 shots sent in his direction, thus signing his eighth victory of the current campaign.

The Canadian started his clash against the “Blueshirts” with force, but was unable to outsmart Igor Shesterkin in the first period. The Russian goalkeeper, however, gave in on a shot from the wrists of Kirby Dach in the second period. The Bleu-Blanc-Rouge was playing with an extra man at the time.

The Rangers had not said their last word, however, and Artemi Panarin put the puck in the back of the net before the end of the median engagement.

It was ultimately a goal from Cole Caufield that made the difference. The sniper took advantage of a good game from Nick Suzuki to register his 26th in 2022-2023 and give the victory to his team.

In addition, Caufield provided an assist on the success from Dash. It was the first time he had been complicit in a net from one of his teammates since the game against the Columbus Blue Jackets on November 23. The 22-year-old American thus ended a 23-game drought.

St-Louis had shuffled its cards before the game, due to the injury suffered by center player Jake Evans the day before. The head coach returned to the formula 12 forwards and six defenders. Forwards Mike Hoffman and Michael Pezzetta were back in the lineup, while fullback Chris Wideman watched the game from the catwalk.

The Habs now return to Montreal, where the Winnipeg Jets will make a stop on Tuesday evening. This will be the first of five consecutive duels at the Bell Center for the Bleu-Blanc-Rouge.