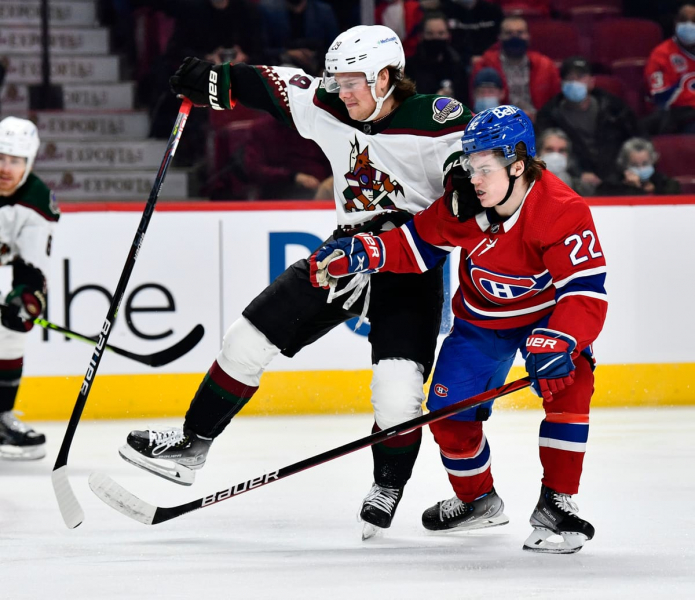 The Canadiens will try to savor a second victory in a row when the Coyotes visit Thursday at the Bell Centre.

Arizona and Montreal are off to a surprising start to the season. After losing their first two games, the desert troupe upset the Toronto Maple Leafs 4-2 in their last outing on Monday. On the Glorieux side, the team plays for .500 with a record of two wins and two losses, but remains undefeated at home. In the case of both teams, it's the performance of the youngsters that has made the difference in a positive way so far.

Gotkeeper Jake Allen should logically take over the net for the Habs after missing Monday's game against the Pittsburgh Penguins, his wife having given birth to their couple's third child.

A few hours before the match, it is difficult not to draw a parallel between the two formations which are betting on youth.

In Arizona, the core is mainly made up of players under 26: Clayton Keller , Nick Schmaltz, Lawson Crouse, Dylan Guenther, J.J. Moser and Barrett Hayton. The American center player Logan Cooley, who plays this season in the NCAA, is also highly anticipated within the group.

Because of this “youth” aspect, many people had this summer predicted the ” Yotes” the bottom of the standings in 2022-2023. However, head coach André Tourigny intends to do everything to help his troops achieve victories.

“My job is to get the best out of the 23 players in the squad. Our general manager is like that too; Bill Armstrong is not happy when we lose. But we also understand that we are in reconstruction, that there will be transactions to obtain an asset that will be useful for seven, eight or 10 years in return for a player still useful for a season or two. he mentioned in a press briefing on Wednesday.