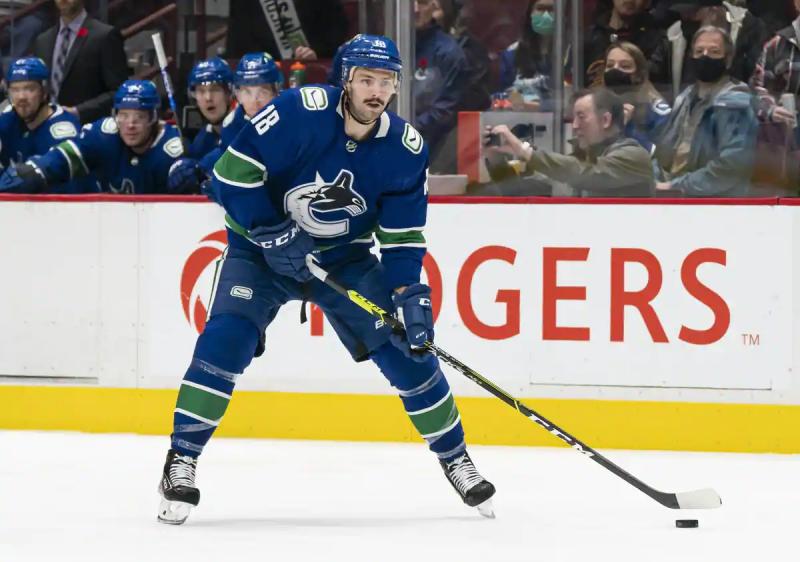 The Vancouver Canucks traded forward Jason Dickinson and a 2024 second-round pick to the Chicago Blackhawks for defenseman Riley Stillman on Friday.

< p>The two teams confirmed the transaction on Twitter, late in the evening.

While not exactly spectacular, this exchange makes perfect sense on both sides. Dickinson, who was struggling to break into the Nucks roster, will receive an annual salary of $2.65 million until 2024.

Before proceeding with this transaction, the British Columbian team was just under $2 million above the salary cap. This surplus has been cut almost in half, while Stillman's contract will weigh $1.35 million on the payroll for the next two seasons.

Additionally, in Stillman, the Canucks coaching staff will be able to take advantage of the services of another fullback with National Hockey League experience. The 24-year-old defenseman had 12 points in 52 games last season and has 108 games of league experience. He began his career with the Florida Panthers.

The “Hawks”, meanwhile, follow their reconstruction plan to the letter. Much like the Arizona Coyotes, general manager Kyle Davidson got his hands on an attractive draft pick in return for a contract that won't impact the building of the team. /p>

Former first-round pick in 2013, Dickinson is struggling to establish himself full-time in the Bettman circuit. After being acquired for a third-round selection last summer, he has just 11 points in 62 games in 2021-22.

The 27-year-old center has 74 points in 283 games in the NHL, played mainly in the colors of the Dallas Stars.