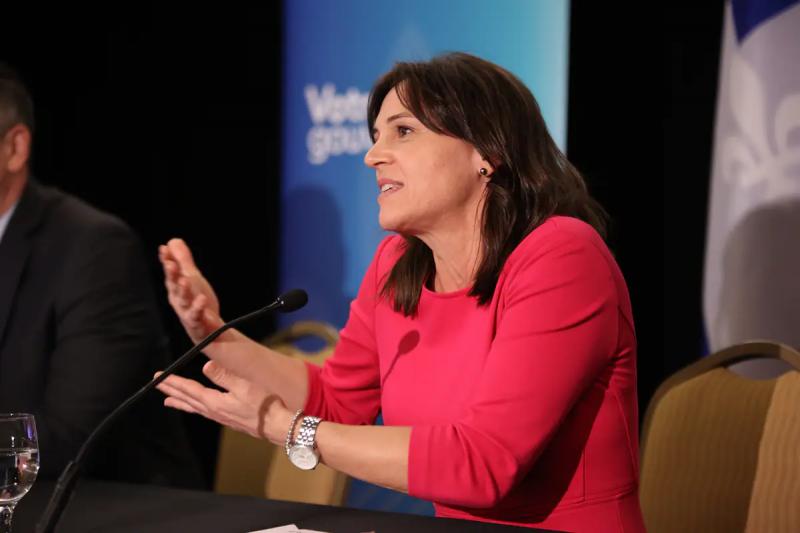 The Coalition Avenir Québec (CAQ) will inject additional funds into the field of sports in order to promote accessibility for the youngest in the four corners of the province, but also to strengthen the safety of all participants.

In her most recent announcement, Tuesday at the Olympic Park Sports Center, the Minister for Education and Minister responsible for the Status of Women, Isabelle Charest, unveiled a new action plan, which will run between 2022 and 2027 and which will enhance the practice of sporting activities. Thus, $78.1 million will be added to the many other financial announcements made on this subject during the months of May and June.

“It is to encourage Quebecers, after three years of pandemic, to move or to start moving again, that this plan sees the light of day,” Ms. Charest first indicated.

“There are several activities that have been put on hold during the pandemic, so some are having difficulty resuming activity. What we have also noticed is that when sport is not organized, it is more difficult to go and play outside”

Referees haven't had it easy lately in Quebec. In March, a young hockey referee from the Sherbrooke area was sneakily hit by a player, while the two were on the ice.

Soon after, in May, a young referee was assaulted by the grandfather of one of the players at the soccer game he was responsible for.

It is therefore with a view to limiting this type of aggressive behavior that part of the amount paid will be used to revise the Sportsmanship Charter.

“It's a job with all the partners to generate new momentum in what sportsmanship is and the behaviors expected on the field or in a sporting context,” added the former short track speed skater. The professionalization also of coaches and officials. A number of things have also been put in place, including the Independent Complaints Officer, which I think makes the environment much safer. We have a lever of denunciation and it will bear fruit.”

As is the case in many environments, lifeguards are increasingly rare, creating a labor shortage. To remedy this situation, part of the amount paid will allow those who are interested in this job to follow the training for free.

“The first thing that had to be done was to remove a financial brake for those who follow the training, while the training is around $1,000, added Ms. Charest. In a context where young people have access to several jobs, I think that removing this financial obstacle will ensure that we will have more lifeguards.

“There may be adjustments that can be made, different levels of monitoring, such as in paddling pools, where the level of training does not need to be as advanced as in a swimming pool.