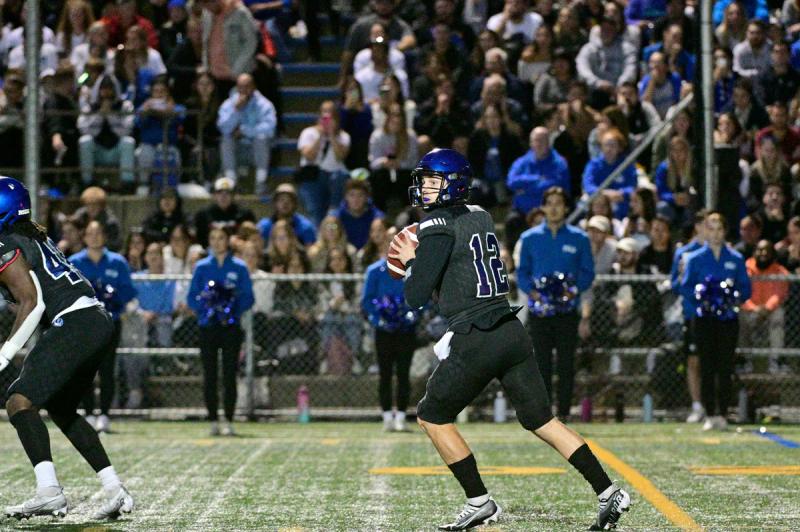 Long held in check by the Green & Gold of Sherbrooke University, the Carabins of the University of Montreal never had a comfortable lead, but they still signed a 24 to 20 victory, Friday night, at Complexe sportif Claude-Robillard.

The two teams had won their last two duels, which left room for a good confrontation. The Greens hadn't won back-to-back games since 2015, and they showed some fighting spirit.

Marius Massé-Vincelette eventually caught the object, which ricocheted off several shoulders, before going the full length of the field, or 109 yards. The University of Sherbrooke then managed the two-point convert to make it 18-18.

After multiple frustrations in the third quarter, the Carabins finally scored the required points. Philippe Boyer completed the game-winning field goal – one of his two in four attempts – with just under five minutes to go.

We should not have arrived late for this match since the first points were scored in the third game. After throwing an incomplete pass, the quarterback of the Greens Zachary Cloutier gave it directly to Bruno Lagacé, who brought this intercepted ball back into the end zone.

Having had a difficult game of just 95 aerial yards last week against McGill University, Cloutier was much more efficient. He orchestrated his team's quick response with a 57-yard touchdown pass for Emilio Jaimes-Leclerc.

The fifth-year quarterback kept the Vert & Gold in the game by allowing them to take the lead, but an injury to his right arm ended his encounter in the first half. His replacements Gianni Casati and Noah Legros could not carry the attack on their shoulders.

The second quarter was that of the local favorites. Jonathan Sénécal regained his splendor from the first moments of the engagement by succeeding in the first two consecutive games. His pass to Carl Chabot, deep in the paying zone, gave UdeM the lead for the first time.

Les Bleus are still undefeated this season after three games. Their next meeting will be Saturday, September 24, against the McGill University Redbirds at Percival-Molson Stadium.