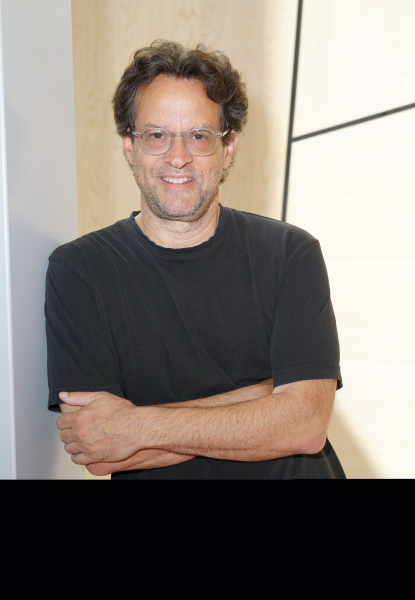 In 1995, 30-year-old Alexis Martin was preparing to stage his play Matroni et moi at the Monument- National. He was the author, the director and one of the actors. The play was a huge success, even though the set of four rugs and three tables only cost $80 at the time!

With the filmmaker Jean-Philippe Duval, in 1999. Alexis Martin, 35, embarked on the major project of the film Matroni et moi. He had written the play of the same title, now he was making the transition of his work from the boards to the big screen. A big success in theaters and several nominations, in particular thanks to the acting of Alexis and Pierre Lebeau.

Alexis Martin, almost 20 years ago, in 2003. We saw him at the time in the series Temps dur, directed by Louis Choquette. He will be the following year of the distribution of Hidden Vice, directed by Louis Saïa. Since the early 1990s, we saw him on the small screen, but he mainly played a lot in the theater.

In 2005, at the premiere of the movie The Audition, a success achieved by Luc Picard. The actor plays the role of Marco, the boyfriend of Louis (Picard) a mugger who decides to change his life. Alexis will win the prize for best supporting actor for this role at the Jutra gala. He had already acted in a dozen films.

With his longtime professional accomplice, Daniel Brière, during the creation of their play Grid in 2005. Alexis Martin, who graduated from the Montreal Conservatory of Dramatic Arts, has performed in more than 50 plays throughout his career. He wrote or edited a good twenty of them.

Alexis Martin plays Jules Côté in the series Cerebrum, an ex-patient of psychiatrist Henri Lacombe (François Papineau). On Ici télé on Tuesdays at 9 p.m. or on Ici tou.tv.

The actor plays Arnaud's father (Nico Racicot) in the series Anna et Arnaud, alongside Guylaine Tremblay, series inspired by the life of Francine Ruelle and her son Étienne. Tuesdays at 8 p.m. on TVA or catch-up on TVA+.

Alexis is one of the endearing accomplices of the comedy Les mecs. The third and final season of Mecs will be on ici tou.tv this fall and on Ici Télé in winter 2023.

He is in the cast of December 23< /em>, a Christmas film by India Desjardins. Theatrical release scheduled for November 25.

Alexis Martin and Pascale Bussières are from the documentary La ville d'un rêve which traces the beginnings of Montreal from the point of view of Jeanne Mance.

Alexis is working on a theater performance about writer Jack Kerouac.