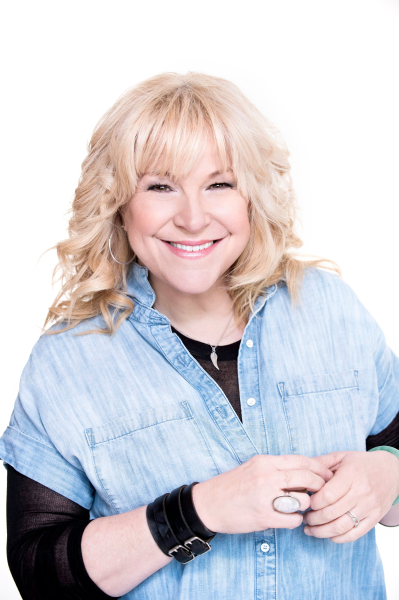 March 1991, the 23-year-old young woman from Saint-Marc-sur-Richelieu revealed herself to the general public by regularly participating on Normand Brathwaite's show, Beau et chaud. The previous year, she had opened for Marjo and worked as a backing vocalist, notably on the Canadian tour of the band To Many Cooks.

1992. Lulu, who had sung in the bars of the province with the group Soul What, who also lent her voice as a backing vocalist to several artists, was now preparing a big, wild R&B solo show: ” I like it when it spanks in the mitt, à la Janis Joplin ”, she said in an interview.

In 1999, Lulu was chosen to embody the Marie-Jeanne of Luc Plamondon's musical show, Starmania. A few years earlier, during an interview after a long hiatus from the profession, she described herself as “a revised, corrected and improved Lulu Hughes”. “I want to go around the world, she added, I want to reach as many people as possible…”

Twenty years ago, in the fall of 2002, the fiery singer released her first album and made her solo comeback at the Spectrum in Montreal. After years spent in the shadow of the artists for whom she sang as a backup singer, such as Dan Bigras, Roch Voisine and Barry White, she was finally taking center stage.

►After 12 years of absence on record and after battling a third cancer in 2020, Lulu Hughes recently released her fourth album, Build Near The Water, his most personal opus, notably with the piece Who's Gonna Love Me, dedicated to his deceased mother. The album features original songs and a cover of the Bee Gees song, How Can You Mend a Broken Heart. For this album, the author-composer has surrounded herself with experienced accomplices, in particular her brother Rick Hughes. Available on: luluhughes.ca.

►The singer plans to soon present shows featuring her new pieces, songs precedents and repeats. See her website and her Facebook page.

►Lulu, whose real name is Louise Hughes, is the mother of a 12-year-old girl, Mélodie Victoria. She has been a spokesperson for Ride de Filles (on a motorcycle) since 2018, which raises funds for the Quebec Breast Cancer Foundation