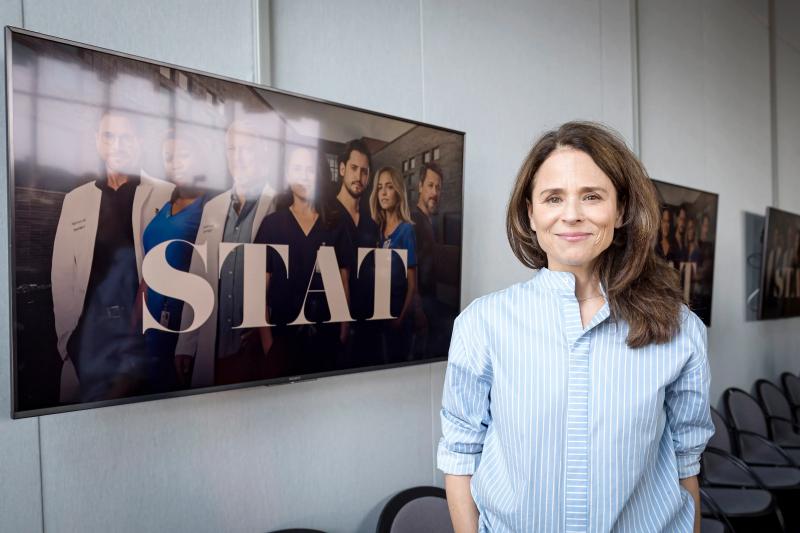 More than 25 years ago, Suzanne Clément was preparing to take to the stage at the La Marjolaine theater in Eastman, in A crazy village. It was 1996 and the 26-year-old actress was worried at the time that she was running out of roles. Clearly, she had no reason to worry. She will play in more than 80 plays, films and TV series in career.

A pampered actress aged 28, in 1998. Leaving the Montreal Conservatory of Dramatic Arts five years earlier, we saw her in the theater, in the cinema and especially on TV. After playing in Watatatowat Radio-Canada, she played the daughter of Michel Forget and Louise Turcot in the TVA comedy Les machos.

In 2001. After having been directed at the cinema by Robert Lepage (Le confessionnal) and by Serge Denoncourt at the theater, then noticed by the general public in the Radio-Canada soap opera Sous le signe du lion alongside Jacques Godin, the 31-year-old actress accumulated beautiful roles.

With the actor Éric Bernier who played Martin, Sophie's best friend, this modern, funny and messy single mother, in The ups and downs of Sophie Paquin by author Richard Blaimert, broadcast from 2006 at Radio Canada. Several other important roles will come, notably that of Shandy in Unit 9.

At the Gémeaux awards galas in 2007 and 2008 (photo) Suzanne Clément won the prize for best comedy lead role, thanks to her title character in the series The ups and downs of Sophie Paquin. She won several acting awards in her career, notably at Cannes and Namur, for her roles in Xavier Dolan's films Mommy and Laurence Anyways.