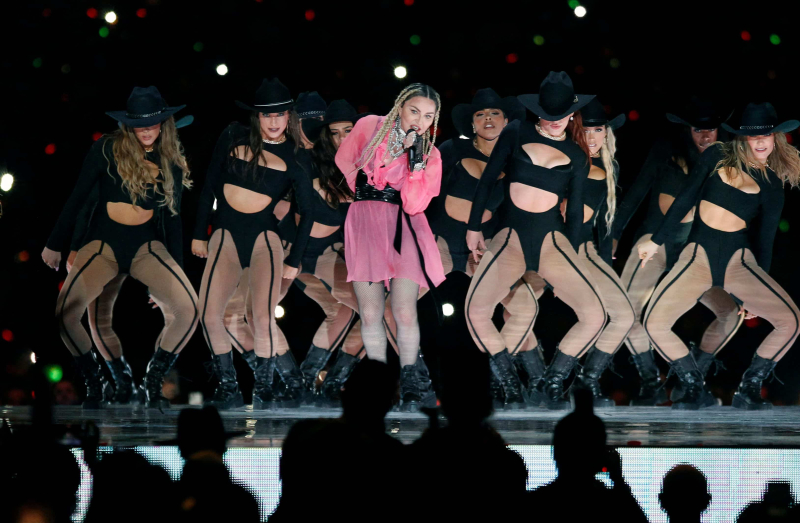 Madonna took everyone by surprise this morning by announcing a tour dubbed The Celebration Tour: a show that will consist of his greatest hits of the last 40 years. The diva will therefore be in Montreal on August 19.

On Madonna's Instagram account, all the photos have been deleted by the 64-year-old diva. The singer made just three posts, earlier this morning, aiming to announce her new tour The Celebration Tour.

In a video where we find the singer at the table with friends including Judd Apatow, Jack Black, Lil Wayne, Diplo, Bob the Drag Queen, Kate Berlant, Larry Owens Meg Stalter, Eric Andre and comedian Amy Schumer, we see Madonna playing part of Truth or Consequence (a nod to his 1990 film Truth or Dare).

In this video quickly became viral, Amy Schumer throws to him: “I challenge you to tour your greatest hits of the last 40 years”. They sing excerpts from Open Your Heart and La Isla Bonita, two successes of Madonna, then she asks her friends if they would be present at this concert. Everyone says they will be there.

Madonna then announces her tour The Celebration Tour to his 18.6 million Instagram followers. The tour produced by Live Nation, will start in North America, more precisely on July 15 in Vancouver. Tickets will go on sale this Friday, January 20. Madonna will be in Toronto on August 13 and Montreal on August 19.