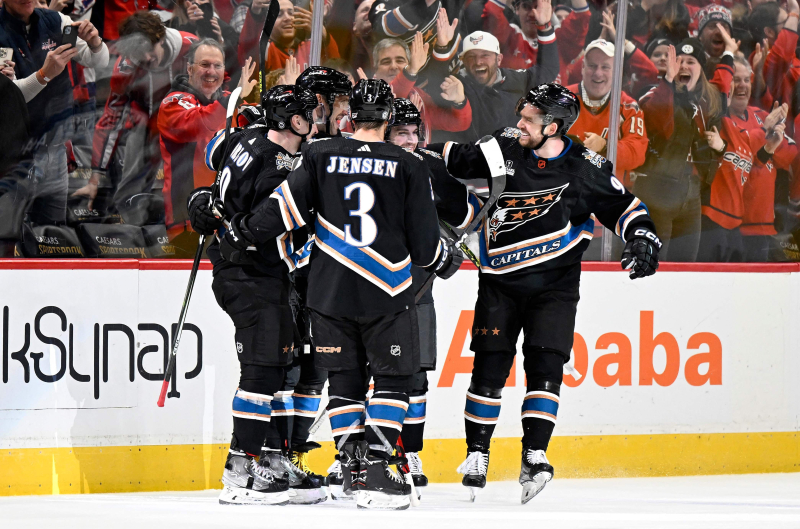 WASHINGTON | A mother's heart does not like to see her child suffer. There were 19 moms in a box at Capital One Arena for the Canadiens' 9-2 loss to the Washington Capitals.

“It can add to the frustration at the end,” whispered winger Brendan Gallagher in a quiet locker room. The mothers in the stands have such great symbolism for us. We would have liked to give them opportunities to applaud us. But the positive thing is that they will keep the same love for us. We can celebrate the new year with our mothers. I can't wait to see my mother. »

For the first time since November 4, 2016, the Habs gave up nine or more goals in the same game. That night, Al Montoya had heard the cannon of Nationwide Arena ring out far too often in a 10-0 thaw against the Columbus Blue Jackets.

Michel Therrien refused to release Montoya from the game , leaving Carey Price stamping with impatience on the bench. Six years later, Martin St-Louis also chose to keep Jake Allen for the 60 minutes of the game.

The head coach explained his choice with his usual honesty.

“These are not easy circumstances with the mothers trip and all. Could I have taken it off after six or seven goals? Maybe. I'm learning how to handle that as a coach. Sometimes with the journey of mothers, you don't make the same decision. After eight goals, it was almost too late. I'll talk to Jake about it. It's not fun for a goalkeeper to be there for nine goals. Maybe I could have done a better job helping him, but I'm learning. »

The CH will be delighted to turn the page on this year 2022, but also this month of December . If there was hope at the start of the season, we have the feeling that the chain has now landed. The Habs have now lost eight of their last nine games (1-7-1).

After the Panthers' seven goals Thursday at Sunrise, the Capitals enjoyed an even bigger feast with nine goals. So there were 16 goals against in just two games.

“It's unfortunate,” said Gallagher. I've been in the NHL long enough to know that can happen. We are frustrated. We also understand that fans are frustrated, they feel the same emotions as us. We have to correct certain aspects of our game. However, the pot must not overflow. »

“I hope everyone realizes that we don’t like it, continued number 11. We will need to find solutions. As a group, we will find out who we can count on. We'll get through this together.

Cole Caufield scored his 20th and 21st goals of the season against Charlie Lindgren and the Caps. This was probably the only positive aspect for visitors.

On the other side, Alex Ovechkin, Evgeny Kuznetsov, Marcus Johansson and Erik Gustafsson all got three points. Ovechkin once again did what he does best, scoring goals at breakneck speed. The Caps captain scored the 30th hat trick of his career.

Ovechkin now has 37 goals and 63 points in 54 career games against the Habs.

Erik Gustafsson did not mark the history of the Canadian during his short stay in 2020-2021, the year of the final. After a lackluster season in Chicago, the Swede has regained an important role in Washington. He had another good game against the Canadiens with one goal and two assists. In his last seven games, the 30-year-old guard has now amassed 13 points (6 goals, 7 assists). With the injury to John Carlson, he finds himself on the first wave on the power play. He has 23 points (6 goals, 17 assists) in 38 games.

Brendan Gallagher expressed his rage in the first period by smashing his stick on his return to the bench. The little number 11 had just hurt his right knee after contact with Lars Eller behind the Capitals net. Gallagher, who sat out 13 games in December with a lower-body injury, missed late in the first period and missed early in the second period. He chased the pain away in time, however, to return to the game in second. After the game, Gallagher said he was “ok” about his injury.

Charlie Lindgren has a perfect record against his former team, the Canadiens. Victorious when he left last year with the St. Louis Blues against CH, the American won a second game in a row against his former teammates. Lindgren, who signed a three-year, $3.3 million (1.1 million average) contract this summer with the Capitals, is living his best moments in the NHL. The right-handed catching goaltender is 11-4-2 with a 2.57 GAA and .914 save percentage.

Guhle on the sidelines

Injured in the left knee against the Panthers, Kaiden Guhle was not in uniform for this meeting in the American capital. The 20-year-old defenseman will also sit out Tuesday's game against the Predators in Nashville. The CH will provide a medical check-up when the team returns to Montreal.