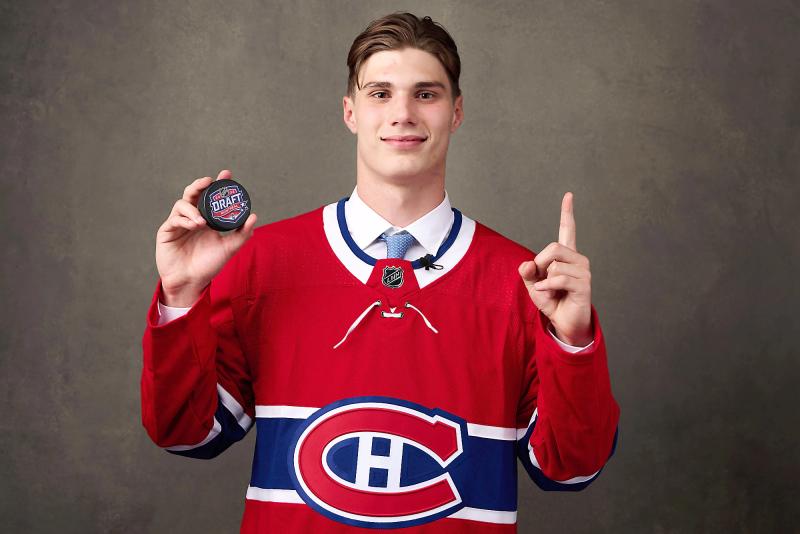 The many supporters gathered near the red carpet at the entrance to the Bell Center chanted the name of Shane Wright. This did not shake the future first choice of the Canadian, Juraj Slafkovsky. Once introduced to the crowd, supporters greeted Slafkovsky by shouting his name. There was a lot of atmosphere on Thursday evening. No, the CH were not afraid to surprise

When I found myself with the first choice in the draft of the Canadian, Juraj Slafkovsky, after his press conference, he showed me his joy at having been selected by the Habs. He also participated in a photo shoot.

When he arrived on the red carpet, Jeff Gorton, the executive vice-president of hockey operations for the Canadiens, was certainly proud of the work that his CEO and his staff were doing.

It's a confident general manager who we saw parading on the red carpet. Kent Hughes even took the time to sign autographs.

Some CH fans who already had a Canadiens jersey in the name of Shane Wright were surprised by the organization's selection.

When Shane Wright showed up on the red carpet, I believe he thought he was the Canadiens' first choice.

Prior to his selection, as the Canadiens' first draft pick, Juraj Slafkovsky signed several Habs jerseys on the red carpet.

Sébastien Thibeault and his son Shelden Thibeault-Gagnon watched the amateur players on the red carpet.

Former Canadiens forward Michael Cammalleri was accompanied by members of his family on Thursday.

This week was the NHL Draft in Montreal and next week it will be the Stanley Cup in Sorel-Tracy for Annie Cartier, Juliette Latour, Rose-Émilie Latour and Martin Latour.