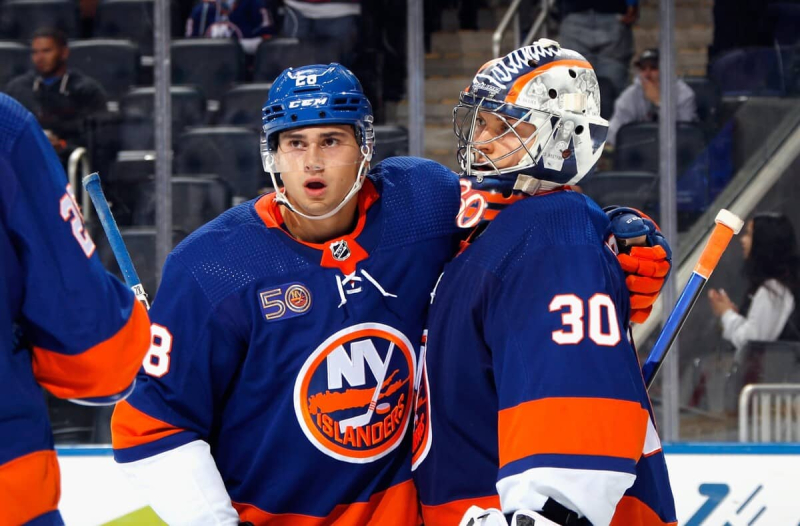 LONG ISLAND | Joel Edmundson didn't reveal a big secret, but he did discuss some of the strategy for this game against the Islanders at UBS Arena.

Martin St-Louis has already warned his players. They'll have to watch Islanders No. 28 Alexander Romanov.

In the land of Lou Lamoriello, Romanov now has short hair and a clean-shaven beard, but he hasn't changed his style. The Russian still has a physical presence with 105 hits, a high among Islanders defensemen.

“Romy will remain himself,” said defender David Savard. He's a guy who likes to hit. He will probably be even more excited tonight. We'll do well to hold our heads up high. You have to know when he's on the ice.”

“We already talked about Romy this morning, added Joel Edmundson. We have warned our young players. Romy loves big hits. We will have to keep our heads up against him. But all the teams have players like him, it doesn't change too much.”

Jake Evans dug into his bank of memories.

“You have to know that when he's on the ice,” Evans also replied. In his first practice with us in the bubble in Toronto, he picked up a teammate in Cale Fleury. If he can do it in a practice, he can do it in a game with the Islanders. I like to believe that I will stay ready and alert, but it can happen out of nowhere. I might throw a puck at him during the warm-up. I don't want to disturb him too much. I will salute him.”

Acquired in a three-team trade also involving the Blackhawks, Romanov will be in his first game against his former team.

“Romanov, he has his own identity, recalled Martin St-Louis . Exchanges like that, you don't do it to have the same identity. He brings robustness, it may also be emotional for him. When he's on the ice, you gotta know it.”

Kent Hughes changed his team's image on the first day of the draft by last July by sacrificing Romanov in order to get his hands on Kirby Dach.

For a second game in a row, the Habs will rely on a formation of eleven attackers and seven defenders.

Facing the Islanders, St-Louis and its players will aim to win a second game in a row, a small feat that has not happened since November 23 and 25 against the Blue Jackets in Columbus and against the Blackhawks in Chicago.

In the Islanders camp, they will be looking to stop a four-game losing streak (0-3-1).

Mike Hoffman and Michael Pezzetta will still be watching the action from the press catwalk.

Samuel Montembeault will get a third start in a row.

The probable formation of the CH< /h3>

The probable formation of the Islanders