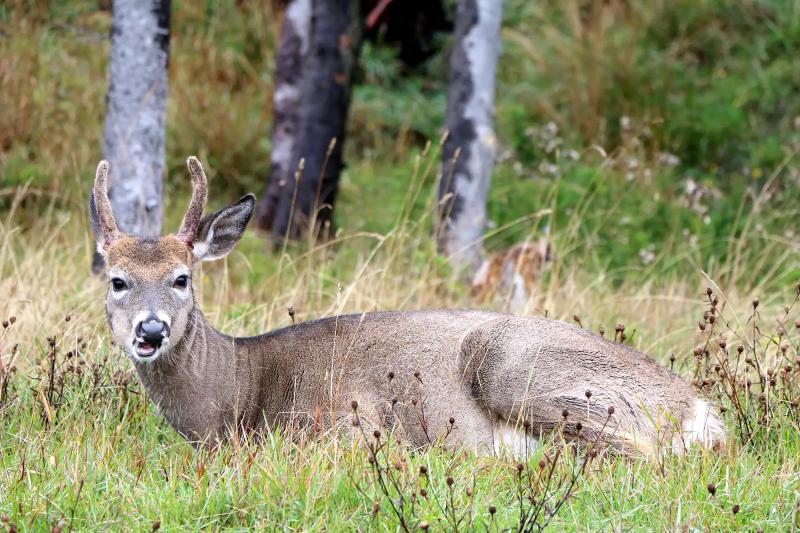 For the past few years, hunters have had to outwit a major adversary that was not in their plans before, the weather.

For many people, the September's hot days become somewhat of an extension of summer, which is nice in itself. However, for hunters who harvest game during these very hot days, managing to preserve the meat so that it is edible sometimes becomes a real feat.

Those who hunt in one of Sépaq's wildlife reserves or with an outfitter have better luck. The leaders of both networks have taken action accordingly. We offer the storage service in refrigerated trucks or warehouses, so that game meat is protected. These services are free.

For hunting enthusiasts who own their hunting territory, whether it is a zec or even their cabin which is on Crown land under a lease, the things are completely different.

Due to the heat, it is therefore necessary to take the necessary measures. Surely the best thing to do is get your game to the butcher as quickly as possible. If this is impossible, you must act in such a way as not to contaminate your meat.

The first thing to do, when you have slaughtered your game, is to gut it as quickly as possible. You have to be very careful not to contaminate the meat with the waste contained in the animal's stomach or in the bladder. The evisceration work must be fast, precise, always keeping in mind the protection of the meat.

In the latest edition of the Journal hunting book, specialist Pierre Caron specified that it only takes 24 hours, at temperatures varying between 10 and 20°C, to lose all game, because the meat will heat up. It goes without saying that with temperatures of 22, 24 and even more, rigor is in order.

Once you have eviscerated the animal, the specialist advises pumping the four legs at least ten times in order to empty the blood in the arteries.

It is best to cut the animal into quarters , to remove the skin, which will allow the meat to cool more quickly. Finally, even if some are against it, it is better to put cheesecloth on the quarters, to protect your meat from mosquitoes and not to dirty it during transport.

Ideally, once hung, the temperature of your meat should drop from 0 to 4°C to have healthy meat to eat.

< p>“It is absolutely necessary to reserve a place in a butcher's shop before leaving because businesses that sell wild meat are increasingly rare. Also, I advise hunters to have with them a cooler containing frozen water bottles, in order to deposit the offal, livers and others. These are parts that get contaminated very quickly. »

For a seventh year in a row, the Quebec Federation of Hunters and Fishermen is back with its generous hunter program. All meat donations made by hunters will end up in the network of food banks in Quebec. These organizations will redistribute the meat to people in need. On average, annually, we harvest 6000 lb of meat. This season, the Federation can count on a leading partner with the Latulippe stores. The way to do it is simple. When cutting up your meat, you make a donation of your choice to your butcher, who will take care of forwarding it. To participate, you must find an accredited butcher on the list that appears on the fedecp.com website. Your butcher will then give you your participation code. All you have to do is confirm your donation. By participating in this program, you have a chance to win a gift certificate worth $2,000, applicable in Sépaq establishments.

Hunting enthusiasts who so wish can initiate a member of their family or a friend, by taking advantage of the initiation permit program. This measure was put in place to allow people who would like to discover the world of hunting to practice hunting during a season, only once in their life. It is very easy to participate in the program, by going to the mffp.qc.ca website, where you will easily find the contact details of the program. Once you are registered, you will be given an authorization number which will allow you to purchase the desired permits. No need to take a special course. The only condition to respect is to be accompanied at all times by a hunter who has all his certificates in order.