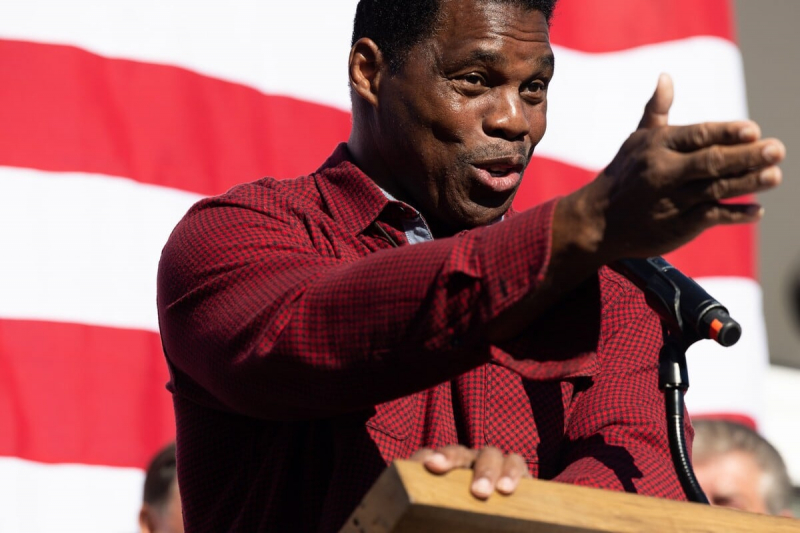 Regardless of the final results of Tuesday's election, which won't be known for several days, American democracy is gravely ill.

Our reliance on the location of the United States is such that we should be deeply concerned.

If you want a dramatic yet slapstick illustration of the seriousness of the disease, look at the particular case of Herschel Walker, the Republican candidate for Senate in the state of Georgia.

If you're even the slightest football fan, the name Herschel Walker will be familiar to you.

Once a running back, Walker, now aged 60, led the University of Georgia Bulldogs to the national title in 1980, and won the Heisman Trophy as the most valuable college player in 1982.

Then, after three years in the USFL, he played 12 seasons in the NFL. If the words “sports star” apply to anyone, it's him.

The rest of his life was a complete disaster.

His continued failures in cases have earned him countless lawsuits, like his orange-haired guru.

He repeatedly lied about his turnover and number of employees.

He claimed to be an FBI agent. Verification made, he had been a guest of honor at the agency's training center where he had fun shooting at targets.

Diagnosed with a personality disorder, he claimed to have 12 distinct personalities, some good and some bad.

He says he is against abortion, but he has paid for the abortions of several women who became pregnant through his good offices.

He is known to have four children with four different wives, but there may be others.

He said, however, that homes without a father figure were “a major, major problem” among African Americans.

He threatened his first wife with a loaded gun to her temple: “I'm going to blow your f****g brains out.”

During a marriage therapy meeting with his wife and their therapist, he threatened to kill three people at once.

When asked about transgender, he said, “When the person gets to heaven, Jesus might not recognize them” (my translations).

Asked about the budget dedicated to the protection of forests, he said: “Do we not already have enough trees?

Asked about a shooter who killed 19 children and 2 teachers at an elementary school, he said, “It would take an agency to watch the boys watching the girls watching social media.”

He obviously endorsed all the outlandish theories about the supposedly stolen 2020 election.

I could go on and on.

In a healthy democracy, such a candidacy would be unthinkable, impossible, would not withstand two seconds of scrutiny.

Even a reality show would not dare to choose it.

When the apple on the branch is bitten, the whole tree is sick.