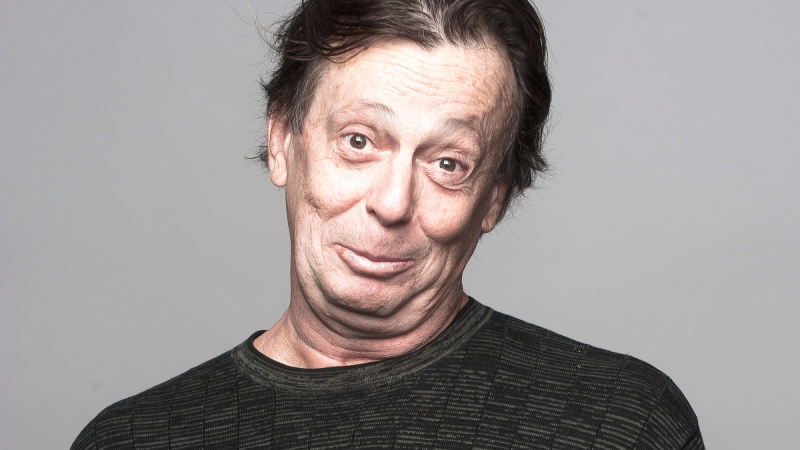 After two years of puzzles with the pandemic and the numerous cinema closings, the year 2023 will obviously be the year of a return to normal in humor. The proof ? There are no less than 11 comedy shows that will be launched in Quebec by mid-May.

It's hard to believe that Maude Landry will be launching her very first solo show this winter, as the comedian has been present on every stage for so many years. In Involution, Maude treats herself to therapy in front of an audience with a quest for meaning and letting go. January 24 at the Gesù in Montreal, and February 22 at the Grand Théâtre de Québec.

Half of the Grandes Crues try the solo adventure with this first one-woman-show . Directed by Joël Legendre, the show aims to present the world of the comedian, a graduate of the National School of Humor in 2014, and his awignahan gaspesian. January 31 and February 1 at the Olympia in Montreal, and February 21 at the Salle Albert-Rousseau in Quebec City.

This new show by the Quebec storyteller of Senegalese origin is described as ” a humorous journey to the heart of the strengths and flaws of our great intelligence “. Boucar questions the place of our species on the planet. February 2 at L'Étoile in Brossard, and February 18 at the Grand Théâtre de Québec.

The comedian has a great passion in life: the stage. In his third show, he wanted to talk about the novelties and discoveries in his life by this form of art which has existed for millennia. February 21 at the Olympia in Montreal, and March 14 at the Salle Albert-Rousseau in Quebec.

His first one- man-show, Alas, it's only a comedy show, stood out for its intelligence and originality. We bet that the comedian with the longest name in Quebec will continue this momentum with Enfant du siècle. In residence for a dozen evenings at the Gesù in Montreal from February 16 to March 18, and on April 6 at the Grand Théâtre de Québec.

Revealed on the radio show The evening is (still) young, Jean-Sébastien Girard accepted the proposal of Just for Laughs to embark on the adventure of the one-man-show. This show tells “the story of a singular boy who wanted to see his image on all screens”. March 14 and 15 at the Olympia in Montreal, and March 27 at the Salle Albert-Rousseau in Quebec City.

“Delicate, a qualifier that we would not automatically associate with Fabien Cloutier, he who always takes malicious pleasure in naming things with heart, and with the surgical precision of a surprisingly lively language”, says the press release. March 21 and 22 at Club Soda in Montreal, and April 17 and 18 at Salle Albert-Rousseau in Quebec City.

In his second show, the comedian will imitate several of his fellow comedians, including Laurent Paquin, Sugar Sammy, Denis Drolet, Jérémy Demay and François Bellefeuille. April 4 at the Olympia in Montreal, and May 9 at the Salle Albert-Rousseau in Quebec.

The comedian known for his visual gags was inspired by the color yellow for his new show, a color associated with celebration, but also with fraternity and sweetness. April 19 at Club Soda in Montreal, and March 17 and 18 at Théâtre Petit Champlain in Quebec.

Uncle Georges and Ronnie's father celebrates 40 years of career with this new show which is his first solo in eight years. He will notably address the labor shortage, passport problems, the economy and COVID. April 4 at Salle Albert-Rousseau in Quebec City, and April 26 and 29 at Espace St-Denis in Montreal.

In this third show by the French comedian who has lived in Quebec for more than 17 years, Jérémy Demay will reveal himself like never before, going into more personal areas. May 17 at the Olympia in Montreal, and June 1 at the Salle Albert-Rousseau in Quebec City.