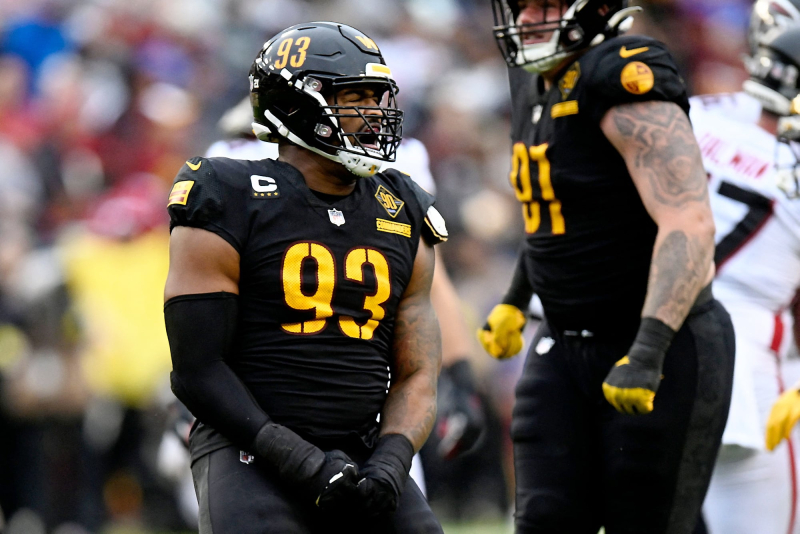 The Commanders are enjoying an astonishing resurgence on the pitch this season, even as the organization continues to spill the beans for the wrong reasons off it. The players and coaching staff have a lot of merit in a context that is not obvious.

Since Daniel Snyder acquired the franchise in 1999, this is not going anywhere. Only six winning seasons, two small playoff victories and no presence in the conference final, this testifies to the slump on the football side.

Worse still, for months the organization has been immersed in an investigation into the toxic work culture that reigns internally.

In 2020, a report from the Washington Post created the effect of a bombshell by revealing that about forty female employees of the organization, including cheerleaders, had been victims of sexual harassment and other forms of intimidation on the part of Snyder and other members of management since 2006.

Financially, Snyder would also have some shenanigans under his belt and now even his fellow owners can no longer see him in paint. That's good, since most of the time he seems to be pushing himself on his yacht…

It is often said that the success of an organization, in the world of work in general as in sport, starts from the top of the pyramid.

Just try to imagine, in such chaos, how difficult it must be to stay focused on his job as a Commanders player.

For every positive thing that happens in the field, two negative things happen in the office. Who must answer for all this hassle on a daily basis when Snyder and his big shots are hiding? The players and the coaches, of course.

In this context, the fact that the Commanders go into Week 13 with a 7-5 record, in the midst of a fight for a playoff spot, is a matter of fact. feat.

If the Commanders get past the Giants, they'll be three games above .500 for the first time this late in the season since 2012. That's a big deal.

For the seven the past few weeks, the Commanders are 6-1 and, during this auspicious period, the defense ranks third in the league in points allowed and yards conceded. In addition, the team is in first place during this sequence in terms of turnover differential (+7).

The tackle duo of Daron Payne and Jonathan Allen are among the most productive in the league. The two claimed 6.5 sacks in the quarter and accumulated 27 tackles for losses.

Without being the most dominant, the offense seems to have found its identity between the ardor of Taylor Heinicke and the productive play on the ground. No one is going to confuse the Commanders with the powerhouses of the circuit just yet, but this team can stand up to the best.

Producing day in and day out for an organization that garners all but praise can get overwhelming. Yet these players continue to perform at their full potential. We have to tip our hats to them.

The best thing we can wish them for the next year, well beyond participation in the playoffs, is that the owner cashes his sales check and that a new culture is taking hold in Washington. It's already off to a good start in the locker room.

We are entering the stage of the season where teams can already qualify for the playoffs. This will possibly be the case for the Vikings in the event of a victory or a draw and a defeat for the Lions. This scenario would guarantee them the title of the North division, and, at the same time, a ticket for the playoffs. The Eagles can also qualify with a win, combined with losses to the Commanders, 49ers and Seahawks.

This season, 79 games have been decided by margins of six points or less, a record after 12 weeks. Teams that are successful in these tight duels are coming to grips this week. The Giants are 5-0 in games decided by six points, while their opponents, the Commanders, are 5-2. The Vikings are 4-0 and the Jets are 3-1 in this context. It promises!

3. Meetings at the top

If there's one individual duel not to be missed this week, it's the one between Vikings receiver Justin Jefferson and Jets rookie cornerback Sauce Gardner. Jefferson just won the title of Most Outstanding Offensive Player in November, thanks to 29 receptions for 480 yards and three touchdowns. For his part, Gardner dominates all cornerbacks in the league with 14 passes.