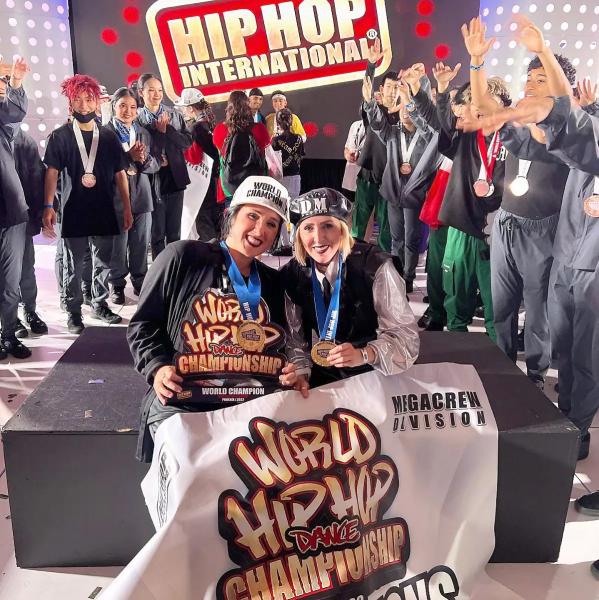 Dominating a competition that brought together 55 countries, the Quebec troupe DM Nation was proclaimed world champion in hip-hop dance. A first for this troupe, which brings together 39 dancers.

“I feel an incredible sense of pride and a lot of gratitude. It is the result of several years of work. We couldn't ask for better”, launched Sophie Lavigne, present since the beginning of this adventure.

DM Nation represented Canada at this World Championship which took place last weekend in Phoenix, Arizona. This troupe is attached to the District.Mao dance school in Lévis.

Their performance, entitled DM Nation, earned them a score of 8 out of 10. They are the only team to achieve this result in the MegaCrew category.

“We had no expectations. We were going there without the objective of winning a medal. Our goal was to keep the focus and give the best of ourselves. We knew, however, throughout the qualification stages, that it was possible and that we had something special in our hands,” said Caroline Lemieux, choreographer with Marie-Odile Haince-Lebel.

This was DM Nation's third appearance at the World Hip-Hop Dance Championships.

“There's nothing bigger in the dance business,” added the choreographer, stating that this competition was the equivalent and had the prestige of the Olympic Games.

DM Nation flew through Wednesday's stages and Thursday's semi-finals to then advance to the final. She dominated the final, presented on Saturday, to overtake the United States, France, Thailand, Japan and Korea.

“We made no mistake. We gave everything we had. The rest is something that belongs to the judges and over which we no longer have any control,” she pointed out.

Sophie Lavigne, one of the deans, at 32, of the DM Nation troupe, did not have time to celebrate this title which is still very fresh.

Back in Quebec, DM Nation will go up on stage, this evening, during the Gala ComediHa! Fest hosted by Marie-Mai, and will participate, on August 31, in the SuperFrancoFête at the Agora du Port de Québec.

“There is, sometimes, a small descent after experiencing great emotions. We're back in training this morning and we don't really have time to experience that,” she said with a laugh.

“To be crowned 'world champions' in front of the entire international dance community is a dream, a priceless feeling. The support and recognition from other countries, especially renowned directors and choreographers whom we greatly respect, goes a long way,” explained Caroline Lemieux.

The Alpha Crew troupe, also attached to the District.Mao dance school, won a bronze medal in the Junior category behind the Kana-Boon troops! from Japan and Swagganaut from New Zealand.